Shinedown and Company Prove Rock Is Alive and Well in Buffalo 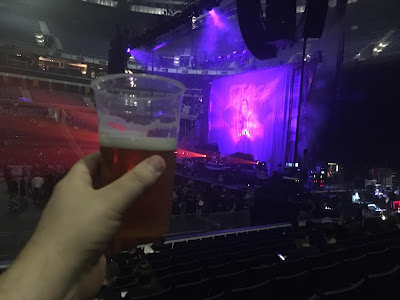 I have long loved bands with two lead singers – Darwin’s Waiting Room, Linkin Park, Lacuna Coil, Atreyu, From Autumn the Ashes, to name a few – and now I can add Savage After Midnight to that list. This was my first time seeing these dudes live and it was a damn memorable performance. It’s the goal of the opener to warm up the crowd and leave them wanting more, which is exactly what SAM did, even though they only were allotted time for five tracks. They opened with “Unleash,” then fired right into “King,” before the crowd came alive during their heavy take on Alanis Morissette’s “You Oughta Know,” which came complete with a breakdown. When you’re an opening band that not everyone is familiar with, the classic play is to break out a cover. After that, I got what I wanted when SAM played “Overrated,” the best song off their 11:59 EP in my opinion, before closing the night with their single “Ten Feet Tall.” While Savage After Midnight’s sound is tailor made for arenas, I’d revel in the chance to see them again in a more intimate venue. My guess is they’d blow the fucking roof off of it. Come back soon lads. 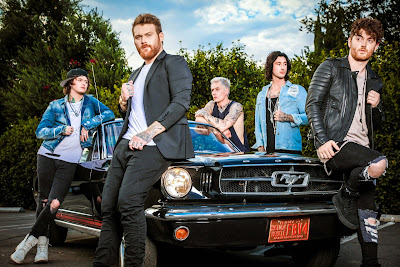 Asking Alexandria came next, complete with frontman Danny Worshop’s impeccable fashion sense – his plaid three-piece suit was to die for. Fashion icon alert. They wasted no time in firing off their new single “The Violence” and the equally killer “Into The Fire.” Their acoustic version of “Vultures” was the best version of the song I’ve ever heard, but the highlight of the show came before “Moving On,” when Worsnop feigned a shredding guitar solo as lead guitarist Ben Bruce played the licks off stage. The crowd roared loudly during “When The Light Come On,” and closer “Alone in a Room” was one of the tracks I was looking forward to. When I saw these guys on the last Warped Tour last summer, they killed it, and this performance was no different. 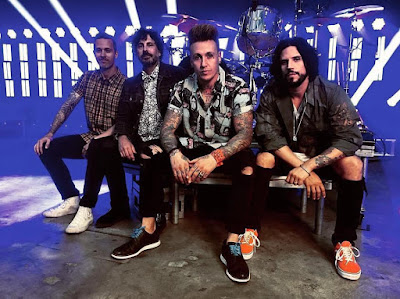 Having just listened to Papa Roach’s latest album Who Do You Trust?, and not caring for it too much, I was on the fence about how their set would be. I was even more nervous as two of the three tracks were off that record (“Who Do You Trust?”, “Elevate”), though all my reservations were quickly vanquished when P Roach ripped off Infest classics “Between Angels and Insects” and “Blood Brothers,” before playing “Last Resort” a few tracks later, following a short break that saw frontman Jacoby Shaddix reemerge onstage wearing a Jack Eichel jersey, which he kept on the remainder of the show. I was stunned to hear “Blood Brothers,” assuming we would get “Broken Home” if anything. Shaddix even made his made through the crowd and up into the stands during “Help,” which was pretty awesome to see. I can’t even remember how many times I’ve seen Papa Roach live (including one time Shaddix landed on my head in the mosh pit after leaping off a metal stanchion, but that’s a story for another time), and it’s great to see them still putting on a great live show. “It sounds like rock and roll is alive and well here in Buffalo,” Shaddix said at one point. Truer words were never spoken. 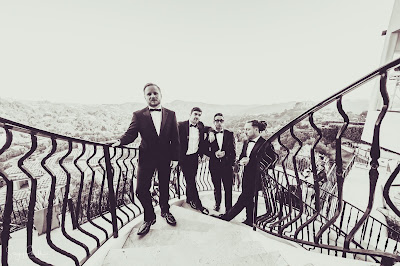 As expected, Shinedown’s set was littered with single after single, including “Diamond Eyes (Boom-Lay Boom-Lay Boom), “Enemies,” “Monsters,” “I’ll Follow You,” “Bully” and oh so many more. I’m a major proponent of bands using fire onstage, which Shinedown did in spades here. And it helped that I was so close to the stage I could feel the heat. We got “45” and “Simple Man” too, before “Sound of Madness” and “Brilliant” closed out the night in style. This band has quite the ability to control a crowd; it was truly something to see.

Not to say that my love of heavy music was waning or anything close, but I felt reinvigorated after this show. I loved seeing Asking Alexandria again, Papa Roach was still able to blow me away after all these years and Savage After Midnight solidified me as a diehard. I want, nay, need, to see these guys again in a smaller venue. I might lose my mind. Let’s make this happen boys.