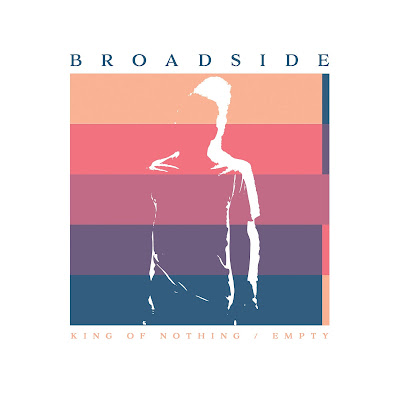 Following the path most recently taken by All Time Low, Broadside transcends the youthful pop-punk exuberance they’ve made a name for themselves with on their two latest tracks, “King of Nothing” and “Empty,” the band’s first new music in nearly two years. “King of Nothing” presents something more mature than fans of the band are used to, combining elements of alt-pop and alt-rock with subtle underpinnings of synth; a track about the heartbreak of loneliness (‘I’m such a mess, I’ve lost all control, erased all I know…rotting here alone…feels like I’m running through a prison with the lights out, paranoia mixed with white clouds,’ vocalist Ollie Baxxter sings). “Empty” follows suit, giving off a distinct Every Avenue vibe, with similarly penned bars (‘How you got me feeling so empty, and I don’t wanna be alone, I’m a mess when I’m feelin empty’). Broadside is set to release a new album next year, the follow-up to 2017’s Paradise, and if “King of Nothing” and “Empty” are any indication of the sonic direction the band is headed, it appears good things are in store for all of us.