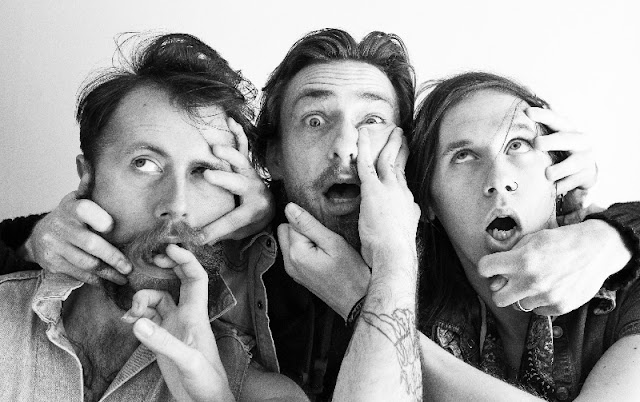 No, this isn’t an interview with Captain Planet, though that would admittedly be cool as hell. This is an interview with The Skulx, a combined force of nature that features members of Foxy Shazam, Cadaver Dogs, Slash & The Conspirators, Bad Rabbits and Larry and His Flask. Having just recently released their eponymous debut record, The Skulx seem primed (maybe destined is a better word) to take the music scene by the short hairs and bend it to their will.

With The Skulx in tow (out now on Mind Over Matter Records), the band sat down with Get eXposed Music to talk about how this much manliness can be crammed into one little band, whether or not it’s even legal and just what does the future hold for this spunky upstart band from Ohio. 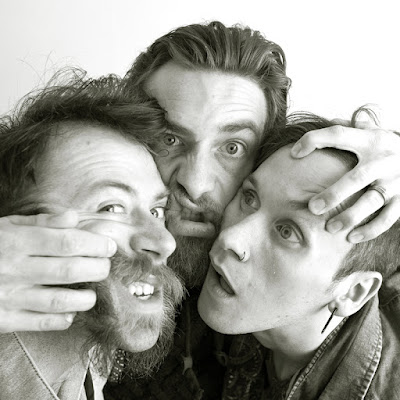 Get eXposed Music: Members of Foxy Shazam, Cadaver Dogs, Slash & The Conspirators, Bad Rabbits and Larry and His Flask…How in the hell did this happen? What’s the story behind The Skulx?
The Skulx: Well you see, when three musicians love each other very much, they get together in a room and sweat and grunt and maybe take their shirts off, and if things go just right they come out with a great rock & roll album. But if they get really lucky, all their best friends join in and that’s what we have here with The Skulx.

The idea from the start was to make a record that had community in it. We’ve met so many amazing friends and musicians while touring the world the past 10 years and we wanted this record to be a small celebration of the community we’re a part of. The energy of being back together spurred all of this to happen in a crazy short amount of time. So it was an emotional, ferocious, and uncompromising time period that we believe produced a unique record of songs that span many genres.

Now, be honest…is a band of this sheer magnitude ever allowed? Like, c’mon now - this much testosterone in one band?
There were a lot of various hormone injections involved in the creation of this band, but if you're asking how it's legal - it's not. Don't tell the cops.

How does the band lineup look? Will the respective members be sticking with their given instrument from prior affiliations?
Alex, Mat and Lex make up the core of the band and wrote the songs you'll all be jamming on repeat for the rest of your lives, we will have some touring members, but when we hit the stage all bets are off. Alex might play some guitar, Mat might play some talk-box, Vegas might play with himself you never know! We want to bring the concept of the project itself to the stage in every city, great friends and musicians enjoying the experience of creating and performing together while not being limited to any one way of doing things. When we hit the road the idea is to have guests in special cities and leave the door open to experiment with different lineups, just let Mother Nature work her magic.

What does the future hold for the Skulx? Do you envision this as a full time gig or something a bit less serious, or are you just taking things one day at a time right now?
There's nowhere any of us would rather be than on a sweaty stage but we wanna make sure everything is right. We are taking it one day at a time but we’ve always held a grander plan for The Skulx.  I think there will be some big things involving The Skulx but of course too with such a diverse crew with a multitude of other projects and outlets, The Skulx will truly be known for the people it brought together and the fun and talent that comes from the community we’ve grown and been a part of for over 10 years now.

We are taking it one day at a time right now but since the beginning we’ve always envisioned big things for The Skulx and we’re gonna work as hard as we can to achieve those.  Our Magic 8 Ball says “Ask Again Later.” Seems fair.

Anything else you’d like to add here?
No rules, just right.