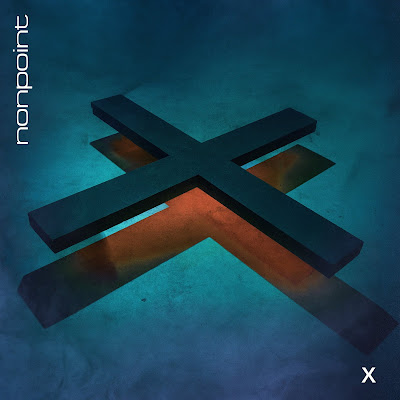 Nonpoint, once a driving force in the nu-metal movement nearly two decades ago, have become one of the most consistent alt-metal bands in the scene today, words that do not ring any truer than on their aptly titled tenth studio album X.

Opener “Empty Batteries” is an immediate reminder of Nonpoint’s caustic ability; stomping riffs that give way to steadfast melody, a guns blazing sonic blitz that bleeds over into the hooks on “Chaos and Earthquakes.” “Fix This” takes a more melodic approach to things, leaving little doubt as to why this is the albums lead single, “Dodge Your Destiny” features To The Pain-levels of heavy, complete with well-placed Latin hip-hop accents, “Wheel Against Will” is true old school Nonpoint with deep, thumping grooves, massive hooks and a killer guitar solo. Frontman Elias Soriano delivers a vintage performance on the standout track, transitioning from rap bars to scathing barks the same way he has been doing for years. The guitar duo of Rasheed Thomas and B.C. Kochmit take center stage on “Milestone” with immersive, blues-inspired riffs. X comes full circle with the closing tandem of “Feel The Way I Feel” and “Position One,” a pair of, comparatively at least, mellower tracks that shine the spotlight on Soriano’s distinctive delivery atop the band’s rhythmic dynamic.

At this point in their career, with two decades-plus, ten full-lengths and one million albums sold under their belt, Nonpoint knows what they’re doing, and X is simply the result of that. This is a perfectly executed album.