Tailblock – “Think Or Be” 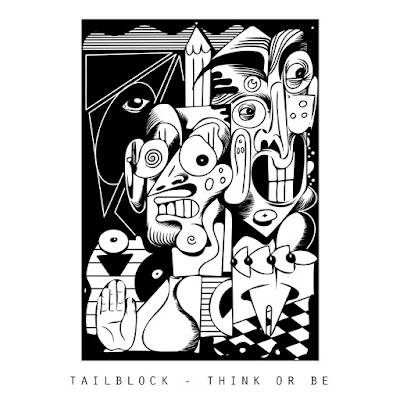 Either Tailblock’s Think Or Be EP is as sonically versatile an EP as you’ll hear anytime soon, or it has a bit of an identity crisis. As it turns out, it’s more of the former than the latter. Opening with a barrage of beefy riffs and driving hooks on “Think Or Be” before breaking down into a bombardment of frantic guitars and crashing cymbals during the latter stages of “Heavy Arms,” Think Or Be quickly transitions into clean mid-90’s alt-rock on the punchy “Rocket,” before ramping up to the pace on the frenzied, Glassjaw-esque “Blisters.” “Listen” presents a definite Deftones vibe with atmospheric swells and upsurges that come crashing down as often as they build, and closer “100” tempers Think Or Be a bit with emotional lines and superb melodies. Think Or Be is a chameleon of a record, one that’s pretty tough to categorize, so I won’t. As they say, nobody puts baby in the corner. Think Or Be scratches a lot of itches, that’s for sure.