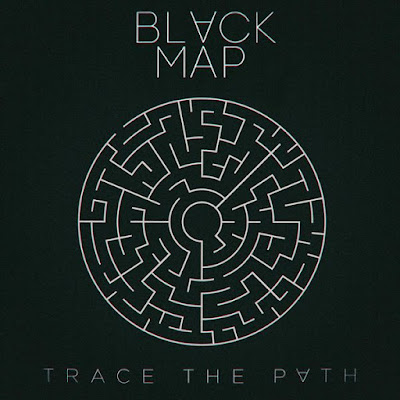 Unlike their previous LP “In Droves,” “Trace the Path” features no semblance of drag of any sort, due mostly to the fact that it’s only four songs long. The powerful “Let Me Out” opens up the EP with deafening cymbal crashes and booming guitars, all built around a memorable central hook; “Invisible Worlds” immediately tempers the pace of the album with angular riffs and lofty vocals refrains; “Zero Light” might be the best song that Thrice never recording during the “Vheissu” sessions thanks to driving guitar work from Engles and Flanagan and inexorable melodies and near perfect vocals from Flanagan; and closer “Why Burn” resonates loudly through its restraint, solemnly asking “why burn?” on repeat, before a bevy of churning guitars and towering percussion join the foray to put a nice little noisy bow on “Trace the Path.”

Despite the collective resumes of the members of Black Map, this band and their music has always been a sum greater than the whole of its parts, and “Trace the Path” is truly evident of that.  From their debut releases, the “Driver” EP and full length “…And We Explode,” to last year’s “In Droves” and now “Trace the Path,” Black Map have managed to not only showcase their ability to build upon each release, but also get noticeably better with each passing album, which is something you can’t say for many band’s dropping records these days.

suazza48gd said…
Also, this is 메리트카지노 where find a way to|you presumably can} play Roulette video games at no cost should you do not want to wager actual cash. Play at Betway to access the best video games by Evolution Gaming and test all the most well-liked methods to win with the highest stay sellers in the business. From simple signup processes to prompt withdrawals, these are the best Roulette video games you can to|you presumably can} play in 2022 at no cost and for actual cash.
December 25, 2022 at 3:35 AM