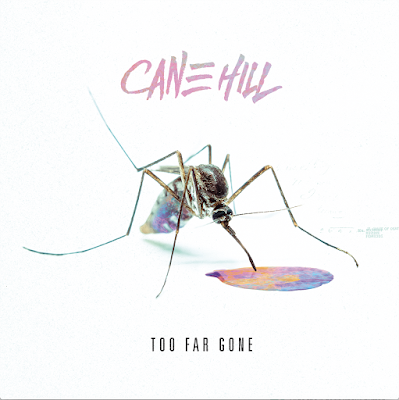 Cane Hill’s Too Far Gone is the antithesis of a sophomore slump. In fact, the band managed to build upon the pillars of their debut album Smile in order to erect a collection of songs that represent the best the band has recorded to date.

Cane Hill put their best possible two feet forward on Too Far Gone with back-to-back bangers in ”Too Far Gone” and “Lord Of Flies,” two of the best tracks the band have ever laid to wax. Overarching themes of the frailty and fleetingness of life pervade the entire album; “Erased” is a therapy session written about drummer Devin Clark’s grandfather’s battle with dementia (‘Time begins to wash away the good and the bad / No remorse and no apologies / You’ve become a stranger to the thoughts in your head / Don’t forget my face / Leaving me erased / Now I watch you slip into a darker state, darker fate, dark for days / Now I’m erased’), “Why” is a grungy tune that features frontman Elijah Witt slip in some woah-oh’s, the stomping “It Follows” finds Cane Hill at their most braggadocious, “Scumbag,” a venomous face-melter that lasts all of 118 seconds, is punctuated emphatically by Witt muttering ‘Nazi fucking scum,’ Witt proclaims that ‘all my heroes are dead now’ on the blistering “10¢,” and “The End” is dissonant and haunting before exploding into a smattering of swirling guitars and contemporaneous wails, a truly fitting end to the cathartic journey that is “Too Far Gone.”

It’s emotional, blistering, relatable and above all else, Too Far Gone seems like a therapeutic experience for the band. It’s very early in 2018 but Cane Hill has set the bar pretty freaking high for heavy music with Too Far Gone.