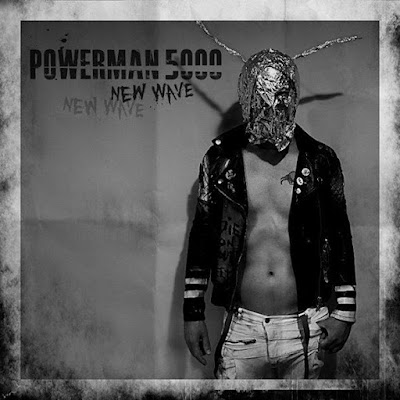 As one of the rare bands to actually survive the nu-metal movement, Powerman 5000 have actually thrived in its wake; seemingly getting better with each record they release. So, contrary to popular belief, this band did not peak with 1999’s Tonight The Stars Revolt! Case in point, their 11th studio album, New Wave, a bombastic affair that slots in as one of the bands best releases to date. PM5K get all industrial on the straight up rollicking “Hostage” and the subsequent “Sid Vicious In A Dress,” gush over the late David Bowie (rightly so) during the aptly titled loving tribute “David Fucking Bowie” and refuse to surrender on sullen ballad “White Flags,” before attempting to blow out eardrums everywhere with the shredding blast “Thank You,” a 1:11 detonation of sound. “Die On Your Feet” is a pure slice of Rob Zombie-inspired regalia (frontman Spider One is Zombie’s brother, so it’s makes sense, right?), the penultimate “Get A Life” is a nostalgic throwback to the chugging industrial of their Tonight! days, and the closing “Run for Your Life” somehow manages to have a strange Billy Idol vibe to it. With New Wave, Powerman 5000 do a great job blurring some genre lines and refuse to allow themselves to be painted into any one corner.