Fozzy, Gemini Syndrome Get Heavy In The Falls 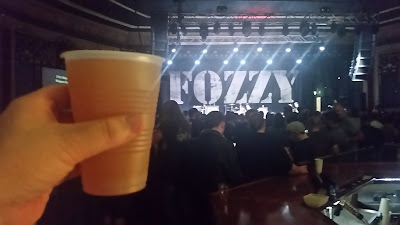 The first time I saw Fozzy was six years ago in Toronto and it was a wedding gift from my friend Ryan, and it was perhaps the best wedding gift I received. Well, aside from a new coffee maker. Priorities, right? Fast forward to 2017 and Fozzy is finally in my neck of the woods in Niagara Falls at the Rapids Theatre. 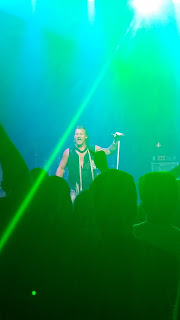 After finding parking and tracking down a round of Flying Bison Brewing Buffalo IPA and a Seagrams and Seven for the wife (we later switched to Big Ditch Brewing Hayburner IPA), we grabbed a spot in the crowd just in time to hear The Stir rip off a killer version of Soundgarden’s “Outshine” just before they ended their set. These guys were loud and the guitar work kicked ass.

I was happy to see that I wasn’t the only person in the crowd for Gemini Syndrome, because this was the set of the night. Not only was the sound for the band the best of the night (more on that later), but once frontman Aaron Nordstrom hit the stage as the band launching into Lux opener “Pleasure and Pain,” it was easy to tell we were all in for a good show. Unfortunately for us, this was the wrong time to see the band live for the first time as Nordstrom said that this was the band’s last tour for Memento Mori, though the silver lining was that he announced the band was going to work on a third album. 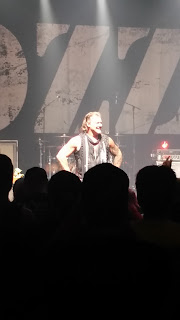 Right before “Anonymous,” Nordstrom gave a brief but impassioned speech about unity in the wake of the mass shooting in Las Vegas. “I don’t care about the color of your skin or what God you pray to,” he said. “I don’t care who you voted for or if you voted at all. Everyone in this room is one of us, you’re family.” Later on in the set he even called for a moment of silence for the victims of the shooting before asking the crowd to scream as loud as possible, which they did. “Cherish your fucking life,” he added. The sets one-two closing punch of “Remember We Die” and “Stardust” was a highlight of the entire night. I personally can’t wait to see these guys again. Come back to town soon boys.

Fozzy exploded onto the stage with their latest single “Judas,” which kicked off a set that featured a whole host of sound issues. While there was nothing wrong with the set itself or the bands performance, singer Chris Jericho’s vocals were very low at the start and then cut out completely at one point. The sound stayed pretty wonky for the entire set, though this crowd on this night didn’t seem to mind. As Fozzy blasted through songs like “To Kill A Stranger,” “Tonight” and brand new song “Painless,” the crowd chanted ‘Fozzy’ and ‘Y2J’ between each track. Jericho broke out his trusty light up jacket for “Spider In My Mouth,” which pleased the wrestling fans in the house and also brought out a smoke gun for “Do You Wanna Start A War.” Sound issues be damned because Fozzy were pros on this night. Let’s just make sure it’s not so long before you come to town again, OK?
Email Post
Labels: concert reviews fozzy gemini syndrome rapids theatre