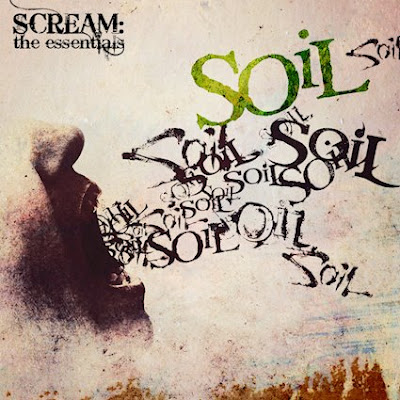 Soil’s career trajectory can be viewed as two sides of a coin – one with singer Ryan McCombs, and one without. The band shot to stardom during the nu-metal days with McCombs at the helm, plummeted into obscurity once he departed, and quickly returned to relevance upon his return. SCREAM: The Essentials is a flight path of the band’s turbulent trajectory, which starts at the beginning, quite literally with a few tunes off of Soil’s debut album Throttle Junkies (“Road To Ruin,” “Black Betty”) and, as you would expect, a good chunk of SCREAM: The Essentials is dedicated to Soils’ brilliant major label debut Scars (“Halo,” “Unreal,” “Breaking Me Down”) and subsequent follow-up Redefine (“Pride,” “Redefine,” “Can You Heal Me?” (Acoustic Version)), documenting the good ol’ days of the band before singer Ryan McCombs left the band only to end up in Drowning Pool, replaced by AJ Cavalier for a pretty forgettable run (“Give It Up,” featuring the late great Wayne Static and “Let Go” off True Self and “The Lesser Man” and “Like It Is” from Picture Perfect). McCombs would finally return for the band’s latest studio work, 2013’s Whole (“Shine On,” “The Hate Song” and “Way Gone”). The gems of the bunch are “Gimme Some Lovin’,” a new cover of The Blues Brothers song made famous by the film, which the band transformed into a gritty rock version, with a wonderful female component thanks to vocal contributions from Lindy Gabriel (Gabriel and the Apocalypse) and Cristina Feliciano (Oblivious Signal) and a cover of the classic Soundgarden song “Rusty Cage.” SCREAM: The Essentials delivers on nostalgia as well as optimism for the future of Soil.