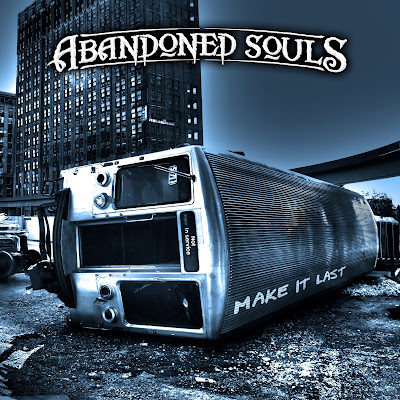 To say Abandoned Souls’ Make It Last is guitar-driven is an understatement of massive proportions. In fact, it’s a veritable six-string clinic, full of chugging down-tuned leads and ultra-chunky riffs, perhaps no more personified than on “Stand Out Front,” a churning battle cry bookended by one of the EP’s best opening riffs and the best guitar solo on the album, though the solo in opener “Prove It” clocks in at a close second (the charging “Best Of Me” kicks ass too). Oh, and there’s more blazing riffage here than you can shake a stick at. Using nu-metal as a qualifier for rock bands in 2017 seems a bit inapropos, but it works for Abandoned Souls, who should remind you of Alter Bridge and former nu-metalheads of Systematic, with the closing “So Through” sounding plucked from their 2001 album Somewhere In Between. Make It Last is an album rife with replay value.