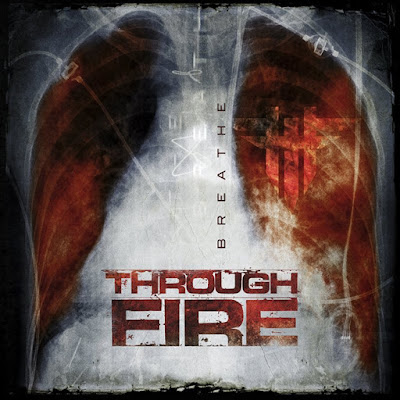 More a simple name change rather than a rebirth, Through Fire picks up exactly where Emphatic (check out their 2013 album Another Life if you don’t recognize the name) left off on their powerful debut Breathe, combining the arena rock prowess of Breaking Benjamin with the passionate delivery of Skillet. Through Fire introduce their sonic dynamic right from the jump on the heady “Breakout,” pairing melodic vocals with commanding riffs and authoritative percussion to create powerful hooks, a formula that quickly becomes the central theme of Breathe (“Stronger,” “Take It All Away,” “Dead Inside,” “Blood On My Hands”). The obligatory rock ballad is “Breathe,” which, while a tad predictable, displays the bands ability to shift into another gear entirely. Save for an excellent guitar solo, the band’s take on Ellie Goulding’s “Lights” is mostly a swing-and-miss, though they save some face by delivering a pretty rousing cover of Christina Perri’s “Jar of Hearts.” The Deluxe Edition of Breathe features acoustic versions of two of the album’s best tracks, “Breathe” and “Stronger,” which perfectly showcase Grant Joshua Kendrick’s powerful vocals. Breathe is impressive, and this is only Through Fire’s debut.