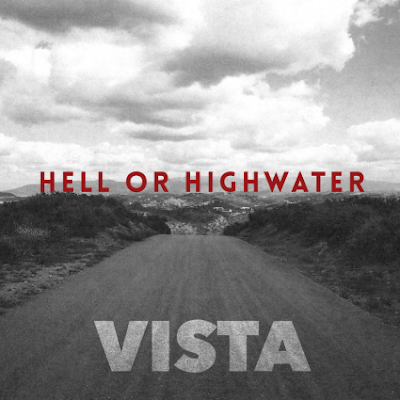 Hell or Highwater play to their strengths on their sophomore album Vista, an album peppered with bombastic alt-rock led by the warming tones of Atreyu drummer Brandon Saller. Opener “Colors” is all things anthemtic, the arena-ready “Walk Out in the Rain” is truly inescapable, “Don’t Hate Me” has all the makings of a rock radio hit and the cocksure bravado of “I Want It All” stands out late in the game. Vista isn’t without its blemishes however; though a portion of those imperfections stem from the album’s willingness to take more than a few sonic chances (the Queens of the Stone Age-esque “Lighter Than Air” sounds nothing like the rest of the album, “Dame” introduces subtle horns and an entirely different attitude, Saller returns to his folksy solo roots as he breaks out the falsetto on “Pieces,” closer “Revolution” sounds closer to something you’d expect from Imagine Dragons). With Vista, Hell or Highwater do what all bands should on their second album – effectively build upon their debut, which Saller and the gang do a pretty damn fine job of here.