CD Review: The Without – “Factions” 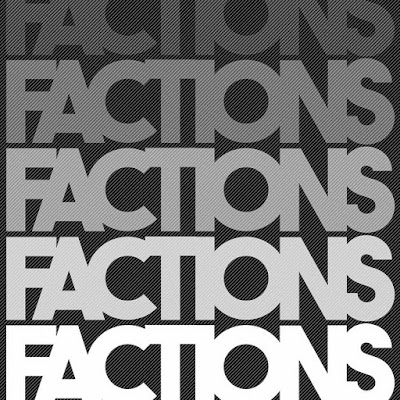 Combining the gritty candor of Cancer Bats and the bounding intensity of Every Time I Die, The Without impress with their debut EP Factions. Opener “Play Tricks” is the EP’s sonic outlier thanks to its infusion of glam rock bravado which features frontman Michael Draper delivering the lines ‘your body wants it bad and that’s good, cause your mind will play tricks on you,’ during the hook before melting down into a barrage of screams (‘you must have lost your mind!’). The Without puts it all together on “Dead Gold,” a slick modern rock banger that pretty well sums up Factions in a nutshell – spastic vocals that transition from strained shouts to melodic bluster backed by churning riffs and concussive drumming. The Without straight up take their swag game to the next level on the closing “Rat Party,” with Draper emulating Keith Buckley to a T, adding an exclamation point to Factions, a memorable debut EP. Hey, it’s only four songs, but they’re damn good.