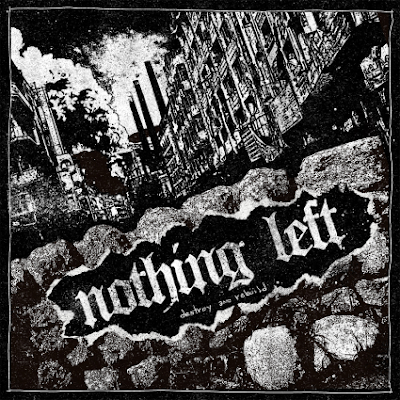 Aptly titled Destroy and Rebuild, former For Today members Ryan and Brandon Leitru do just that on the debut EP from Nothing Left, a 6-song bombardment of floor-punching, circle pit-inducing heaviness. The onslaught begins with Nothing Left sounding the alarm on the opening title track, before burning everything down on the caustic, breakdown-filled “Hands of Death.” Those seeking solace won’t find it on curt blast “Eternal Defiance” (‘death will always follow you when you tip the scales of justice,’ Nothing Left proclaims), “Burn It Away” is a blistering assortment of chugging riffs and truly menacing tones, things take a bleak turn on “No Way Out” as the band declares ‘we’re all just slaves to the system’ amidst a bevy of shattering guitars and corrosive vocals, and there’s no rest for the wicked on closer “Widen the Wound,” which just pours more gas onto the fire as Destroy and Rebuild fades out. Not to mince words, Destroy and Rebuild is heavy AF. This shit could be hazardous to your health.