CD Review: The Bunny The Bear – “The Way We Rust” (Needful Things Records) 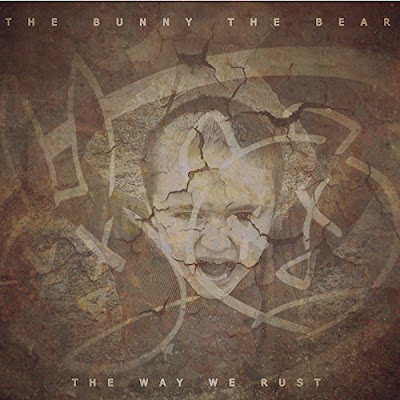 After taking a slight left hand turn on 2015’s A Liar Wrote This, The Bunny The Bear are up to their old tricks again on The Way We Rust, their debut for Needful Things Records and first album since leaving Victory Records, which introduces two very important elements – first, Joseph Garcia replaces Haley Roback as The Bear (5.0), and perhaps more importantly, The Bunny, Matthew Tybor is now sober, and we’re all better for it. All those If You Don’t Have Anything Nice To Say… feels come flooding back immediately on “I Am Free,” introducing us to Tybor and Garcia’s palpable chemistry, while “Andrea” is plain and simple vintage TBTB – Tybor handles the rough stuff while Garcia paints the skies with lofty melodies, all underpinned with synth touches and electronic flourishes. Tybor spits venom on instant classic “Love Lies,” before Garcia takes flight on one of the album’s best hooks, the guys fall down the rabbit hole (PUNS!) on the emotional “Second Hand Smoke,” which effectively gives The Way We Rust an entirely new look, the explosive “Bloody Lip” showcases what this band can be when The Bear and The Bunny are firing on all cylinders and “Last Call (Interlude)” is a nice shout to TBTB’s hometown of Buffalo (‘In my city the bars stay open ‘til 4am’) before The Way We Rust enters the stratosphere with the sprawling closer “Revisiting Romance,” which finds Tybor screaming ‘I gave you all that I have’ over and over as the scene fades to black. An argument can certainly be made for The Way We Rust as The Bunny The Bear’s best record to date, and if it’s not, it’s certainly one of them.