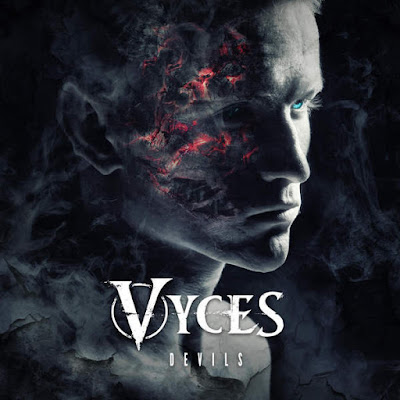 Vyces, which features brilliant frontman Dave Naruszewicz, formerly of the painfully underappreciated Heart-Set Self Destruct (homework assignment - seek out their 2011 album Of Nightmares) and ex-Breaking Benjamin low end Mark James Klepaski, could not have announced their arrival to the heavy music scene any better than their debut EP Devils. Armed with a relentless six-string onslaught and remarkable vocals that devolve from throat-shredding screams into polarizing melody, Vyces bring the heavy time and time again (“Raptor,” “I Will Find You,” “To The Tortured”), though perhaps the biggest strength of Devils is its versatility; the capability to flip a switch and temper the pace, an innate ability that leads to some of most memorable moments on Devils (Vyces go all Deftones on the dense and intoxicating Diamond Eyes-esque “Aftermath,” the atmospheric alt-metal duo of “Devils” and “The Hive” infuse industrial elements into the mix, effectively combining all of the albums best traits). Devils manages to both impress and captivate, which is a testament to Vyces since this is a mere six song sampling. And that’s important to remember, this is only an EP. So, buckle up.