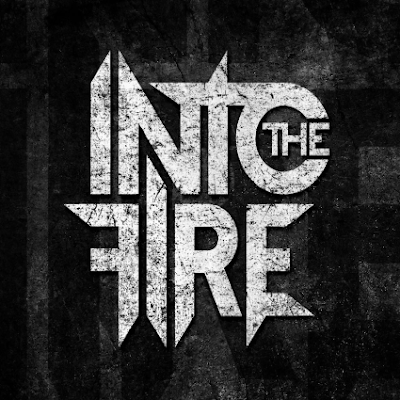 Let’s face it – we all have judged a book by its cover at some point in time. While on the surface it would be easy to pigeonhole Into The Fire, a new supergroup of sorts that boasts members of Evanescence (Will Hunt, drums), SOiL (Tim King, bass, Adam Zadel, guitar) and The Union Underground (frontman Bryan Scott), into a corner based on their collective resumes, you’re going to want to check out Into The Fire, the bands all-too-brief debut EP, before you cast any final judgement. Over the course of these two songs, Scott, who sounds as good as he ever has, is more “Revolution Man” than “South Texas Deathride,” trading in his characteristic industrial flare for more traditional modern rock tropes (‘You go crazy / And it makes me laugh / I wanna get you naked / And take your photograph…You’re a cold hard bitch and I can’t spit you out’ he sings on the cock rock opus “Spit You Out”), though he’s more true to form on “From the Medicine,” which sounds like what you’d imagine Union Underground would sound like today. Zadel’s six-string contribution to “Spit You Out” is thunderous, which he caps off in style with a sparkling solo. Into The Fire is only really two songs, which sucks, but it succeeds in leaving us wanting more.