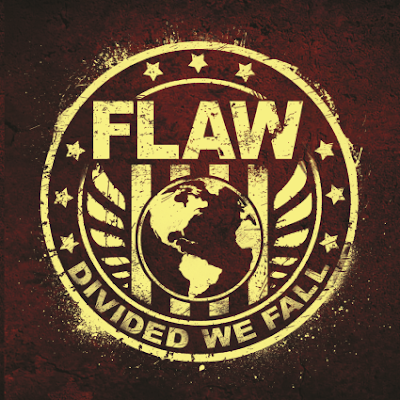 Personal strife, a string of roster changes and nearly a decade and a half between studio albums would be more than enough to doom any band, but not Flaw, who defines the word perseverance on Divided We Fall, their long-awaited comeback album that sees the band emerge from the fog and edge of oblivion, relatively, at least sonically, unscathed.  Though it’s 12 years later, Divided We Fall sounds every bit the perfect complement to 2004’s Endangered Species (yes, we’re aware Flaw released Home Grown Sessions in 2009), a logical evolution in which the band continues to display their penchant for achieving a perfect middle ground between all things heavy and the utterly melodic (“Do You Remember,” “Heal,” “Live and Breathe”) and deliver overtly emotional ballads seething with frontman Chris Volz’ unique and overwhelmingly passionate delivery (“Fatal Fall,” “When You Grieve…”), while reminding us all that they’re still able to floor listeners with a crushing metal onslaught led by Jason Daunt’s devastating guitar attack (“Fed Up (;C4USE22),” “Choices,” “Let Me Go”).  Divided We Fall also rewards longtime fans of the band with a piano-led version of their brilliant “My Letter,” a true highlight from 2001’s Through The Eyes. While this may not be the Flaw of 15 years ago, Divided We Fall is proof positive that this band sounds as good as ever in 2016.