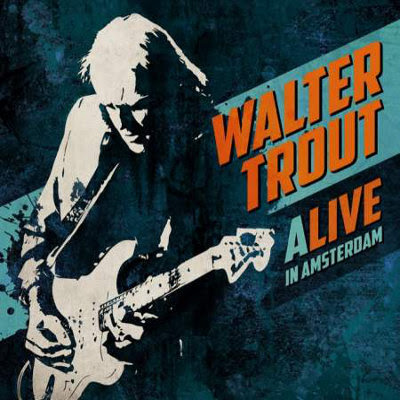 Recorded on November 28, 2015 at the Royal Theatre Carré in Amsterdam, ALIVE In Amsterdam marks a true comeback for Walter Trout, a return to form, coupled with his 2015 album Battle Scars, after a liver transplant in 2014. As should be expected with any Trout release, the guitar wizardry starts early and often (“Help Me,” “I’m Back,” “Rock Me Baby”) and there’s even some love for the late B.B. King with “Say Goodbye To the Blues,” one of the album’s shining moments. At one point, Trout and company rattle off a half dozen straight Battle Scars cuts (“Almost Gone,” “Omaha,” “Tomorrow Seems So Far Away,” “Playin’ Hideaway,” “Haunted By the Night,” “Fly Away”), leading listeners through disc one and onto disc two, which features ALIVE In Amsterdam’s most poignant moment when an audience member literally shouts out for “Marie’s Mood” and the band responds by actually playing it. For blues fans, fans of great guitar work or fans of strength and perseverance who love a good comeback tale, ALIVE In Amsterdam is a must.