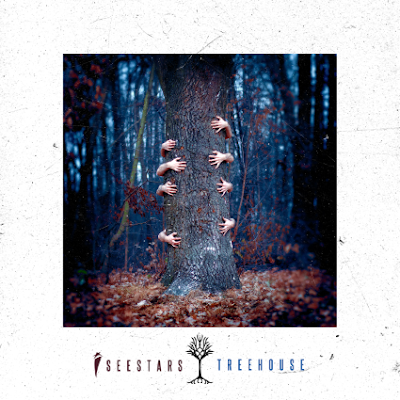 To call Treehouse, the fifth full length release from I See Stars, anything but a fundamental shift for the band would be a gross understatement. Not only has the band trimmed down from six members to four, losing guitarist Jimmy Gregerson and vocalist Zach Johnson, remaining vocalist Devin Oliver now handles both clean and unclean vocal duties (which he does incredibly admirably – just listen to “Portals”), drummer Andrew Oliver transitions to keyboards and vocals. And that all happened in one album cycle, major changes that would normally spell the end for many a band, but not I See Stars. No, in fact, Treehouse sees the band coming out the other end of tunnel in relatively good shape. Despite everything, I See Stars’ tightly-wound, electronically-underpinned post-hardcore game is still on point (“Calm Snow,” “Break,” “Running With Scissors”), but I See Stars throws so much into the mix throughout the course of Treehouse (Oliver flexes the breadth of his range on “Everyone’s Safe in the Treehouse,” the serene and ambient “Waking on Gravestones” sounds plucked from the Billboard Top 40, the menacing “Light in the Cave” soars just as quickly as it shreds). Unfortunately the kitchen sink approach doesn’t always work as the rap-laced “All In” strays too far in the wrong direction, a minor blip on an otherwise solid effort in Treehouse.