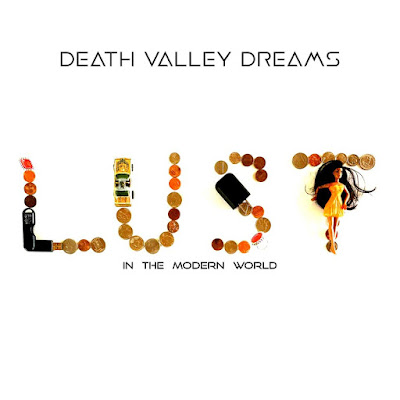 When a band releases a brilliant EP, sometimes it hard for their subsequent full length album to recapture that same magic – that is not the case when it comes to Death Valley Dreams’ Lust In the Modern World, the LP accompaniment to their brilliant self-titled EP debut. And if you missed that EP, don’t worry because three-fifths of the eponymous release are included here (the sonically immersive “Words Like Fire,” the atmospheric and sweepingly passionate “The Darker Years,” the bouncy and emotional “Take A Look At Yourself”), but rest assured that Lust In the Modern World is anything but a retread. The angular alt-rock of opener “You Better Run” perfectly sets the table for Lust In the Modern World, which sees Death Valley Dreams ramp up their worship of The Cure on moody and transcendent cuts “City Of Dreams” and “Murderous World,” as well as deliver a potential hit in the hopeful “Keep Spinning” and delve into the deep end of unadulterated dark wave ambiance on closer “Lust In the Modern World.” Save for the brightly colored and danceable “Solitary Man,” which seems a bit out of place when compared to the rest of the album, Lust In the Modern World is a stunning record; a striking introduction for Death Valley Dreams, a band that should be on everyone’s radar right about now.