From the Screen to the Stage: Kiefer Sutherland Goes Alternative at Iron Works

I’ll be honest right from the jump – I’d only heard one Kiefer Sutherland song, “Not Enough Whiskey,” going into his Buffalo debut at Buffalo Iron Works, which is just a fabulous concert venue with an even better staff, but that’s a story for another time. And to be even more brutally honest, I was on the fence as to if I even like that one song. Still, I soldiered on with an open mind, and I have to say, I was pleasantly surprised by the end of the night. 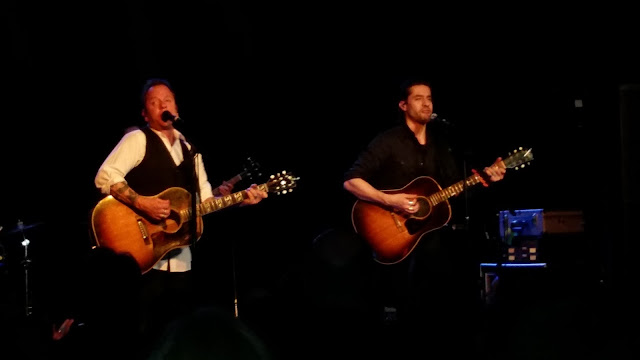 And speaking of surprises, Minneapolis singer/songwriter Austin Plaine was one for sure. Lots of twang and a healthy dose of emotional lyrics and engaging sing-a-longs. Plaine’s soulful plucking paired well with a few pints of fine local beer, namely Resurgence IPA and Big Ditch Brewing’s Excavator. 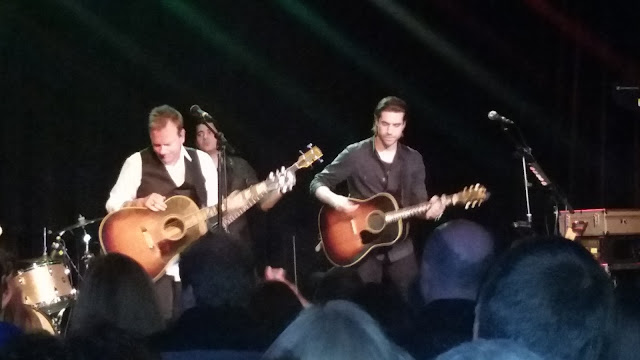 Kiefer Sutherland then proceeded to deliver a mostly enjoyable, if not a bit uneven, set of alt-country/folk tunes, presented as something of a Storyteller performance. He played a number of songs taken off of his forthcoming debut LP Down in a Hole, including “My Best Friend,” a song about not being able to trust anyone if you can't do that for yourself and “Going Home,” about being at a bar alone and having no idea why you're there. Sutherland’s love for Waylon Jennings, Willie Nelson, Johnny Cash and early Merle Haggard was clearly evident, especially on the song “Shirley Jean,” a song about a prisoners’ last night on death row writing a letter to the only girl he ever knew, a harrowing tale emblazoned with heart-on-sleeve lyrics. He shined during a cover of Tom Petty’s “Honey Bee” and Gordon Lightfoot’s “Sundown” before ending his set with a spot on cover of Bob Dylan’s “Knocking on Heaven’s Door.” 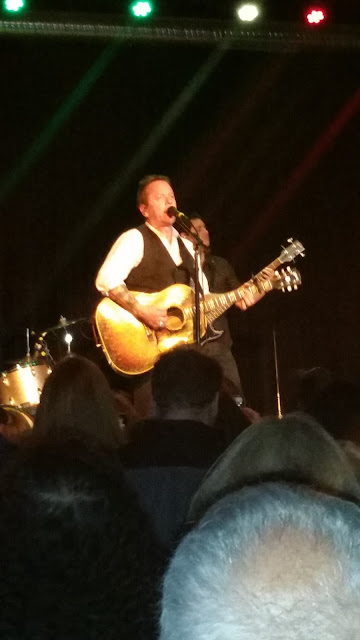 “When we were putting this record together I was shocked to a see how songs I'd wrote about drinking,” Sutherland said during the set.

If nothing else, Kiefer Sutherland is a showman and it's hard not to respect someone who does what he does given the schedule he keeps.