Killswitch Engage and friends unleash the Incarnate on Buffalo 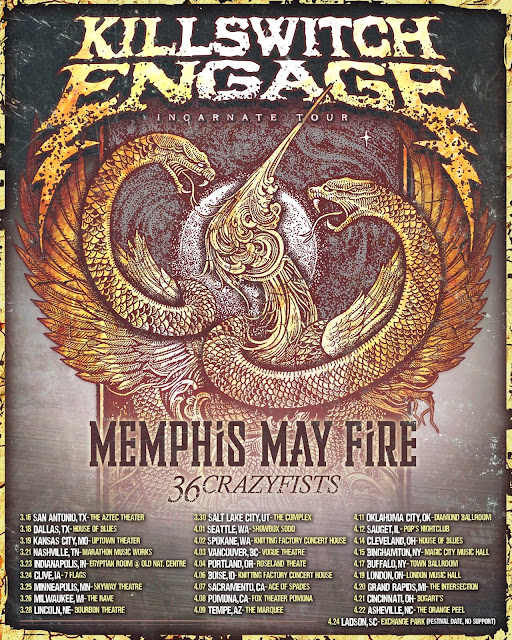 I remember buying a copy of Alive Or Just Breathing from Home of the Hits in 2002 with my best friend Scott. It was the first truly heavy record I'd ever bought, along with From Autumn To Ashes’ Too Bad You’re Beautiful, a faithful day that ignited a near two-decade long love affair with Killswitch Engage. Fast forward 14 years to the Buffalo stop of the bands’ Incarnate Tour, just the second time I’d ever experienced the band live. 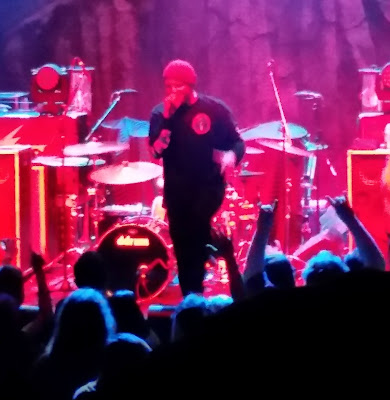 Kicking off the night at the Town Ballroom was Toothgrinder, a true metal band in every sense of the word. Playing selections off their recently released Nocturnal Masquerade, including, to name a few, “The House (That Fear Built),” “Schizophrenic Jubilee” and “Blue,” these New Jersey boys were a wall of sound and windmilling hair, warming up the crowd in necessary fashion. I’ll be checking out more from these guys and suggest you do the same.

As the Ballroom continued to fill, 36 Crazyfists took to the stage and it didn’t take long for frontman Brock Lindow to take control. Their set spanned their sonic canon, from A Snow Capped Romance’s “At the End of August,” “Bloodwork” and “The Heart and the Shape” to Rest Inside the Flames’ “I’ll Go Until My Heart Stops,” and, most recently, Time And Trauma’s “Also Am I,” “Vanish” and “Sorrow Sings.” The band even capped the set with Bitterness the Star favorite “Slit Wrist Theory,” which sent the crowd into an absolute frenzy. This was a hell of a set for my first time catching these dudes live. 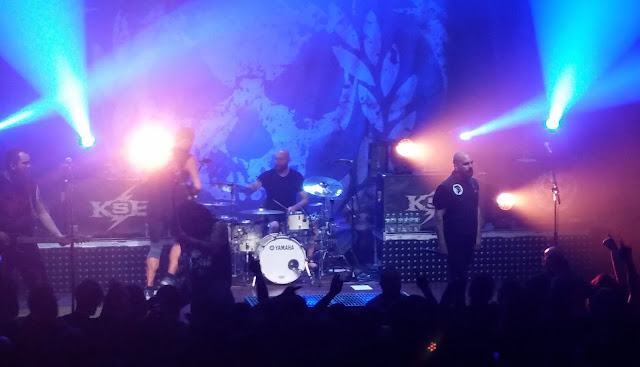 Memphis May fire was up next, and admittedly, outside of hearing frontman Matty Mullins guest on a number of other tracks, I am really not all that familiar with Memphis May Fire. But still, they literally electrified the crowd, and, after seeing this set, it’s safe to say that Mullins is one hell of a frontman. His haircut, his jeans, everything about this guy is tight. But I digress.

Killswitch Engage filled the headlining slot (duh) and they didn’t disappoint. Watching this band perform made me realize why I am totally and utterly in love with metal. It’s also hard to believe that frontman Jesse Leach stepped away from the band for nearly a decade because his command of the material and the crowd was a sight to behold. He was easily the most badass and most intense dude in the room that night. At one point he called the Town Ballroom ‘a weird half thunder dome venue’ and  guitarist Adam Dutkiewicz said he was ‘gonna fuck a piece of pizza’ after the show – at least he was in the right city. 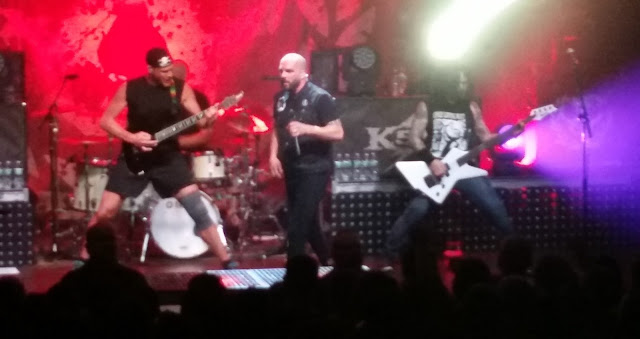 The setlist was everything any era KSE fan could have hoped for. Old stuff (“Fixation on the Darkness,” “Just Barely Breathing,” “Numbered Days” and “My Last Serenade” off Alive Or Just Breathing) and new stuff (“Alone I Stand,” “Hate By Design,” “Strength of the Mind” and “Just Let Go” off of Incarnate) and everything in-between (“In Due Time” and “Always” off 2013’s Disarm the Descent). The shows highlight was the crowd loudly singing along in unison to “The End of Heartache” and “My Curse,” both of which helped close out the show. This was a special show and a damn near perfect set.

The band even had a flashing neon screen that said ‘No Refunds’ after they left the stage. Some high comedy to go along with high metal. God bless heavy music.