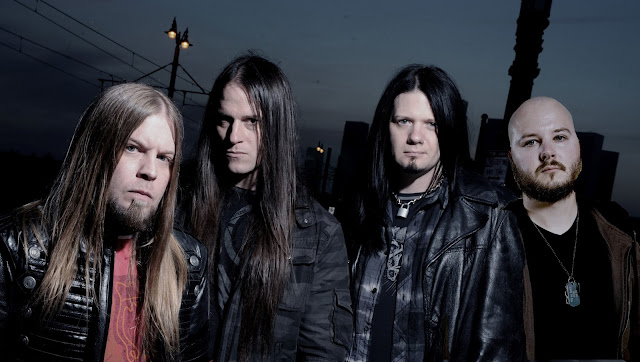 After nearly a decade spent fronting fellow rock outfit Drowning Pool, singer Ryan McCombs has returned home, to where some may say he rightfully belongs, to SOiL. No offense to former frontman AJ Cavalier, with whom the band dropped two records, but SOiL is just SOiL with McCombs at the helm. With a mic in Ryan’s hand, the band released arguably their two best records, 2001’s Scars and 2004’s Redefine. The band’s sixth studio effort, Whole, is a resounding return to form for the former nu-metallers.

Bassist Tim King filled us in recently on why the decision was made to bring Ryan back into the fold, what the bands relationship is with Cavalier, what’s next for the band after the release of Whole nearly two and a half years ago, and where the band stands in terms of a new record.

Get eXposed Music: What led to the decision to bring Ryan back in as singer? Was it just a case of perfect timing with him leaving Drowning Pool and AJ going on indefinite hiatus from the band?
Tim King: Adam [Zadel, guitar] and I had been talking to Ryan for a while and just mending things on a personal level before we even considered playing together. Once we decided to all put the past in the past and move on, it seemed like a good time to start playing together again. Originally it was just going to be a U.K. tour but we had so much fun and everything just felt right. So it turned into another tour, then another, then a new album and it just kept going. I'm so happy with the line up now. It feels like SOiL again. I love the guys I'm playing with and it's the best I have felt in this band in a long, long time.

Do you guys still keep in touch with AJ? What’s the bands relationship with him like nowadays?
Me and Adam haven't heard from or talked to AJ since he left in July 2010. He sent us an email that said he was leaving and that was the last we ever heard from him. He changed his number, his email, and moved away. AJ and Adam didn't get along at all so I'm sure there was no love lost there. AJ and I did get along and it hurt to think that we spent almost 6 years together and he just disappeared. No explanation, no nothing. But oh well. It all turned out for the best. I will give him credit for one thing though. When he was done, at least he was DONE. There was no backlash, shit talking, no bullshit. He left and that was that. So I do respect that.

Is SOiL a different band with Ryan at the helm? Ryan’s voice and vocal style is so unique, one that’s really different from pretty much every other vocalist in the game today.
Absolutely. He is the true voice of soil. From the first day I heard him I knew he was the perfect fit and the voice of the band.

With Ryan back in the ranks, was getting back in the studio with him just like riding a bike for Whole? I mean, it had been the first time in nearly a decade, since 2004’s Redefine, since you went through the recording process with him. Was it just business as usual?
It was the best and easiest recording process we had ever done as a band. We knew what we wanted, how we wanted it, and we just went in and did it. There wasn't one argument. We were all on the same page the entire time. Everyone did a fantastic job and in my opinion it is the best soil album to date. 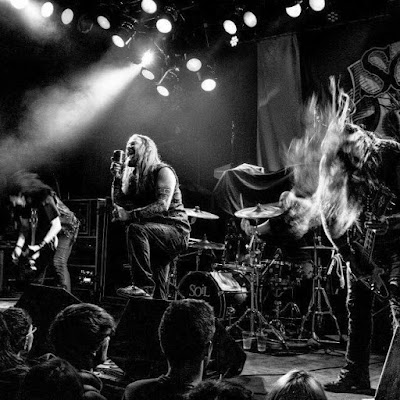 Does the band tend to ‘get up’ more for overseas shows or do you treat every night the same, regardless of where you’re performing?
We always try to play each show like it's our last. Naturally you have good and bad nights, that is just being human. But we do our best to always deliver no matter where we are or what the circumstances. Some of our best shows have been in hole in the wall clubs with half the PA working (laughs).

How far along are you into writing the next album? What can you tell us about any new music?
On a scale of 1 to 10 we are currently at zero (laughs). We have some material left from the Whole writing sessions and Adam and I have a bunch of cataloged riffs. Eventually we will get to working on some new stuff. We are in no rush.

After this leg of touring wraps, should we expect to see Soil head into the studio for the next album? What’s next for Soil after this leg of your touring cycle concludes?
In this day and age and with the way people cherry pick music there may not be a need for a new album of 10-12 songs. Maybe just a few new songs. Work a single to radio and go out and tour for it. If we were a new band maybe a full album would be in order to have enough songs to play live and that people would know. But we are 6 albums deep with SOiL. We have no shortage of material. So maybe a few new songs and another round of touring will be the answer. I don't really know what to say yet. All I can say is that we will come up with some new plan. We always do!


Check out more on the band at http://www.soiltheband.com/ and https://www.facebook.com/SOiLmusic.