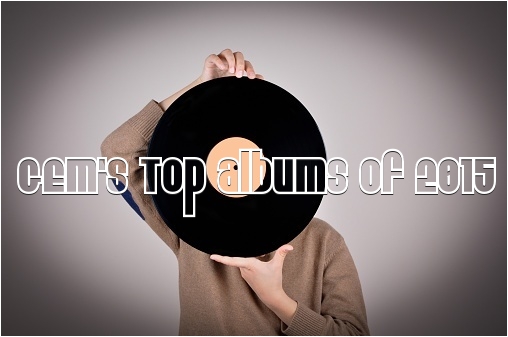 We feel the need to be honest right off the rip here - we really enjoyed Justin Bieber’s Purpose – how much street cred do we lose for that? Go ahead, we can take it. While that album didn’t make this list (don’t worry, it made plenty of others), these 10 albums that did make the list are more than worthy. And we don’t want to pat ourselves on the back, but this might be the most unique year end list you’ll see to wrap up 2015 in music.

Album of the Year: No Devotion – Permanence (Collect) 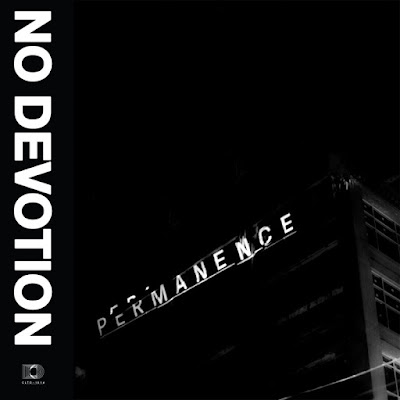 Permanence is as memorable as it is lush. It’s captivating and transcendent, immersing and moody, and a whole bunch of other high highfalutin adjectives as well. But above all, it’s brilliant. Its reminiscent of The Cure, which is a nearly unheard of comparison, one we choose to never use lightly. Permanence is special to say the least. You’d do well to get this album in your playlist immediately.

Permanence, No Devotion, it’s not Thursday, it’s not Lostprophets, and while the band contains those parts, this is something much, much more. And trust us when we say that because we were/are huge fans of those bands. Permanence is swathed in a compendium of heavily synth-addled dreamy alt-rock with just enough picturesque shoegaze, making for gigantic orchestrations very reminiscent of The Cure (“Break,” “10,000 Summers,” “Stay”). With Permanence, No Devotion has something truly special, and we are all lucky enough to bear witness. 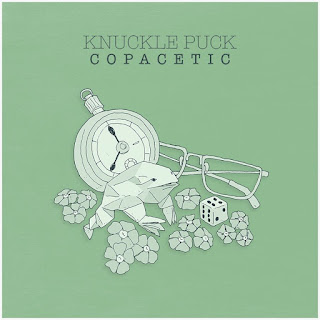 Simply put, Knuckle Puck is pop-punk done right. The band’s debut album Copacetic is unlike many pop-punk albums you’ll hear today, because while there’s your typical straight-to-the-point pop-punk fare full of frenzied guitars and copious amounts of gang vocals (“Wall to Wall (Depreciation),” “Evergreen,” “Pretense”), it’s the album’s emotionally-charged peaks and valleys that cause Copacetic to shine (“Ponder,” “In Your Crosshairs,” “Untitled”), an undeniable maturity that allows this record to stand head and shoulders above many, if not all, of its like-minded and like-sounding brethren. Not only is this debut a truly promising one, it’s one of 2015’s top pop-punk releases. 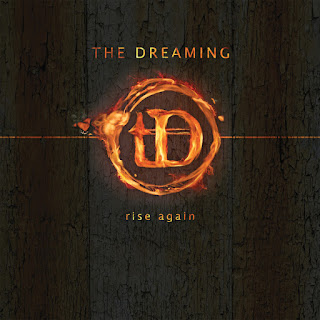 The Dreaming have long been one of the most unrecognized rock bands on the scene today, but Rise Again should be the record that corrects that egregiousness. No offense to 2008’s Etched In Blood or 2011’s Puppet, but The Dreaming’s third full length shows that the old saying ‘third times a charm’ is more than just words. Rise Again is bursting at the seams with industrialized hard rock teeming with massive, explosive hooks buoyed by driving riffs and bellowing low end (“Kisses Taste Like Death,” “Still Believe,” “Rise Again”) and well-paced, well-structured ballads (“Throw It Away,” “Blink Of An Eye”). This was one of 2015’s great rock records.

Feed Her to the Sharks – Fortitude (Victory) 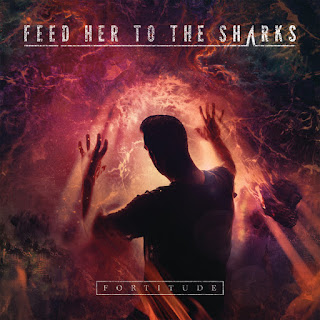 Metal fans listen up - harkening back to the early days of metalcore (before it became a four letter word), when albums like Unearth’s The Oncoming Storm, As I Lay Dying’s Frail Words Collapse and Shadows Fall’s The Art Of Balance roamed the playlists of metalheads everywhere, Fortitude is a sheer and unabashed guitar clinic. This album is a venerable fire-breathing beast; a hulking mass of heavy riff-centric metal housing some of the best guitar work this side of a Dragonforce record. Fortitude is a literal non-stop thrill ride of colossal proportions. 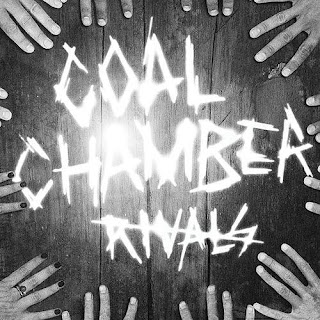 An easy candidate for comeback record of the year, Coal Chamber’s Rivals sees a return for the band to all of their glory. Rivals is a cacophonous barrage of stellar down-tuned riffs led by Miguel Rascón; menacing guitars that toe the line between nu and modern metal. This album is teeming with bouncy, driving metal tunes ripe for copious headbanging (“The Bridges You Burn,” “Another Nail in the Coffin,” “Bad Blood Between Us,” “Light In the Shadows,” “Over My Head”). Taking into account that Coal Chamber had ceased to exist over the past decade plus makes this record all the more impressive. Rivals is pretty much everything and more that you could hope for from a Coal Chamber record in 2015. It may be blasphemous, but Rivals may just be this bands best release, ever. 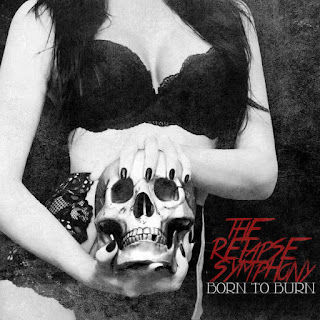 As one of the true surprises of 2015, Born to Burn is one part pop metal, one part glam rock, one part pop punk and all awesome; an all-killer no-filler thrill ride that shows nothing even remotely close to a sophomore slump. Pissed and brash angst-ridden anthems (“The Perfect Lie,” “Born to Burn,” “Terror Generation”) pair effortlessly with heart pounding, chest thumping pop metal (“The Bitter End,” “Dirty Little Tricks,” “Goodnight, Goodbye”) to give Born to Burn its unique dynamic. We can now officially remove the next big thing tag from the Relapse Symphony because the ascension is over. With Born to Burn the Relapse Symphony has arrived. It must really suck to be any other band releasing an album this year. 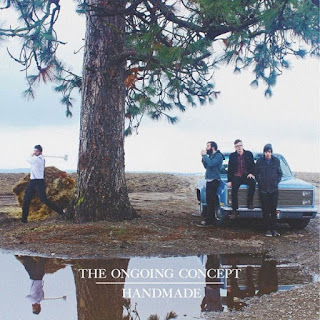 The Ongoing Concept’s Handmade is a complete mindfuck. This is true sonic chaos, a complete and cacophonous smattering of screamo, rock, roots, folk, Americana, Southern rock and metal, or ‘Americana-core’ for short. To say there is a lot happening on Handmade would be the understatement of the century; there’s some Every Time I Die influence (the spastic short but sweet “Trophy”), plucky front porch Americana that doesn’t seem out of place whatsoever (“Melody”), driving anthems fueled by caustic guitars (“Prisoner,” “Survivor”), bouncy borderline club bangers (“Unwanted”), Southern fried rock with a twist (“Soul”) and even some Top 40 radio aspirations (“Falling”). This may be perhaps the most ambitious record of the year. 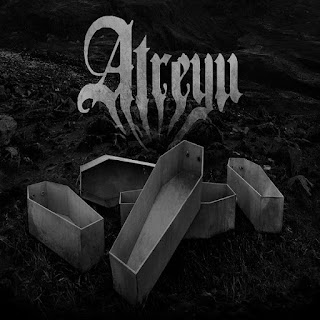 Perhaps THE comeback record of the year. Yep, Atreyu is back…with a vengeance. It takes but two minutes of their aptly titled new comeback album Long Live to come to that realization. In those two minutes, all the feels come flooding back - Alex Varkatzas’ gravel-throated screams, Brandon Saller’s melodic clean tone, impeccably crafted and inescapably catchy hooks, Big Dan Jacobs and Travis Miguel’s vaunted crushing guitar frenzy – it’s all there. How else would you want an Atreyu record to end? With Long Live, a mere dozen tracks, Atreyu has turned the metal world on its ear, after six years spent in oblivion. 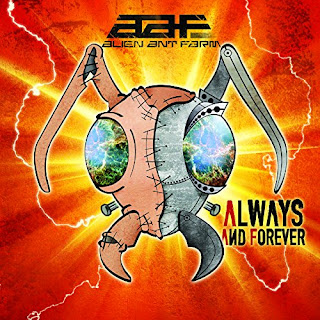 Another true surprise of 2015. Perhaps the best thing about Alien Ant Farm’s fifth studio album, and first in nine years, Always and Forever, is that AAF is back and they are making music again, especially now that fellow quirk merchants Foxy Shazam have called it a day. But even then, before there was a Foxy, before there was a Ludo even, the true kings of quick-rock were AAF, and with Always and Forever they have returned to claim their throne. When it comes to Always and Forever, one thing is certain - this album is fun. There’s absolutely no denying that. 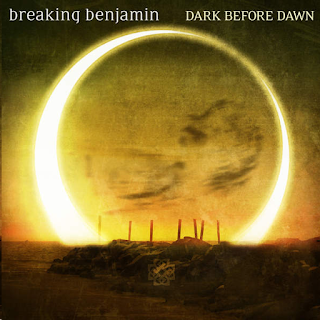 Dark Before Dawn was an incredible return to form for Breaking Benjamin. Hell, it even debuted at No. 1 on the Billboard 200. So, that’s something. This record is everything you’d ask for in terms of a comeback record for Breaking Benjamin, even though it’s just frontman Benjamin Burnley with a new backing band. Regardless. “Failure,” “Bury Me Alive” and “Defeated” are classic Breaking Benjamin, as are some of the more tempered outings, “Angels Fall” and “Hollow.” Suffice to say, it’s good to have Breaking Benjamin back.