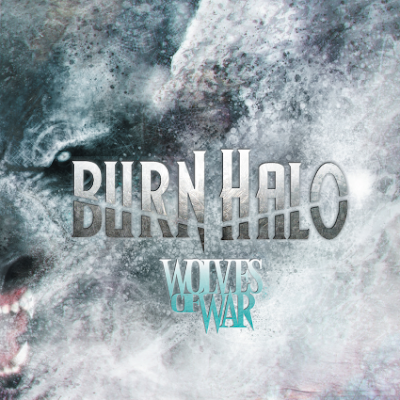 Burn Halo patriarch James Hart delves into his metalcore past (remember Eighteen Visions?) on Wolves of War, the bands third studio offering, thanks in part to the production of familiar face and former 18V cohort Fred Archambault, whose fingerprints can be felt across the board (producer pun!) here. Hart is as visceral as ever on Wolves of War, sounding more snarling and pissed than ever before, leading the band’s charge of turbulent, galloping riffs and concussing percussion (“Wolves of War,” “Don’t Think You Know”). The band goes all Avenged Sevenfold on “Home” (where you’ll find the album’s best guitar work, save for maybe the solo towards the end of “You Are the Damned”), spews hateful, vitriolic barbs at a near unprecedented rate on the scornful “Fuck You” and stay pretty skilled in the art of finely crafted big rock ballads (“Out Of Faith” “Will To Live”), keeping in line with previous entries such as “Threw It All Away” and “Too Late To Tell You Now.” “Enemy Inside” sounds plucked from the recording sessions of Eighteen Visions, making for an album high point. Wolves of War is perhaps Burn Halo’s finest moment to date, and seemingly the album where they have put it all together, something the rock world is truly better off for.