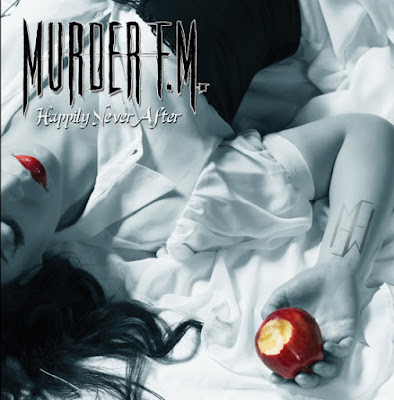 Nu-metal nostalgia pumps through the veins of chunky, downtuned guitars that fuel trashy industrial rock on Murder F.M.’s Happily Never After (“Legion,” We The Evil,” “Slaves”), a sound pretty reminiscent of genre luminaries such as Wednesday 13, The Rikets, Sinisstar and even Marilyn Manson. Big riffs and even bigger hooks are the name of the game as Murder F.M. channels White Pony-era Deftones on “Last Breath,” but it’s their uncharacteristically brooding, atmospheric take on The Cure’s “Burn,” off of The Crow soundtrack, that stands out amongst the sea of like-minded, same-sounding tracks, an adventurous offering that leaves an indelible mark once Happily Never After concludes. Unfortunately, there aren’t many of these true highlights moments (outside of the melodic and metallic title track and the 2001 Stabbing Westward-esque “Rainy Day Parade”). Though there is a bit of drag as Happily Never After wears on, this album is actually quite good, well, as long as you stop after track 10 and don’t subject yourself to the electronic mess that is Tommy Lee’s remix of “We The Evil.”