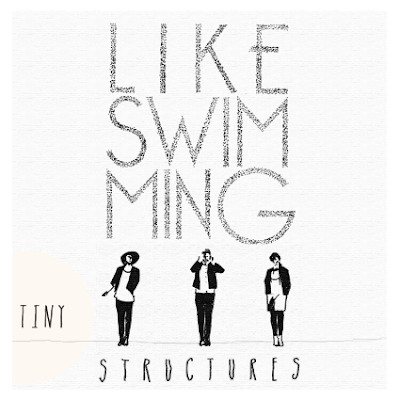 Bookended by both old and new alike, Like Swimming’s Tiny Structures has a lot to offer for a six-song EP. While fans of the band’s debut album Structures will be pleased to see four stripped down, reworked and remade versions of those tracks comprising the bulk of Tiny Structures (the sun-drenched and commercially viable “A Room Of Her Own” and temperamental yet bouncy “Go Buffalo” being the standouts), the gems of Tiny Structures both open and close the EP. The only new song offered here, “Cover My Eyes,” is morose, gloomy shoegaze at its finest while the Swedish indie-pop trio tackles Major Lazer and DJ Snake’s chart-topping “Lean On” to close out Tiny Structures. Gone are the pulsating bass and waves of synth, replaced in this unique cover with intricately plucked acoustic guitars, dejected melodies and Ida Hedene’s inescapably emotional vocals. Despite sounding like the antithesis of fun, Like Swimming’s take on “Lean On” is just that, though on the whole, Tiny Structures might be a better fit for the record collection of existing fans of the band, which isn’t necessarily a bad thing.