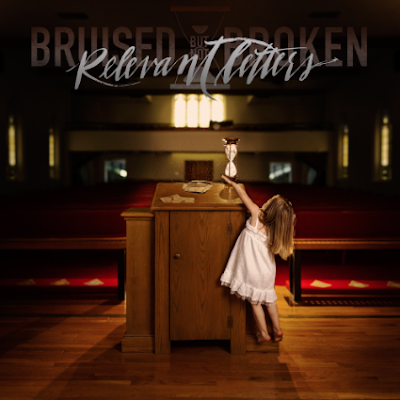 Bruised But Not Broken’s Relevant Letters makes a better post-hardcore record than it does a metalcore, or deathcore at some points, record. While there are ample instances of each throughout, the band excels during Relevant Letters’ clean flourishes from the onset of the opening title track; a trend that continues well into the album. Vocalist Hudson Hower’s guttural deathcore growls come off as strained, forced and a bit of a mess, though he more than makes up for it with crushing screamy refrains and a spotless singing voice, and when combined his vocals help to craft some of Relevant Letters’ best hooks (“Fight Through The Night,” “War Paint,” “Self Evaluation”). But don’t be hasty in casting off Relevant Letters as paint-by-numbers metalcore (“Rulebreaker” is punishing modern thrash, “Prophet Margins” and “White Flag” are more That’s The Spirit Bring Me The Horizon than anything else, the ethereal untitled closer (the official title is actually a cross symbol) has early 30 Seconds to Mars written all over it), which just adds to the album’s overall charm.