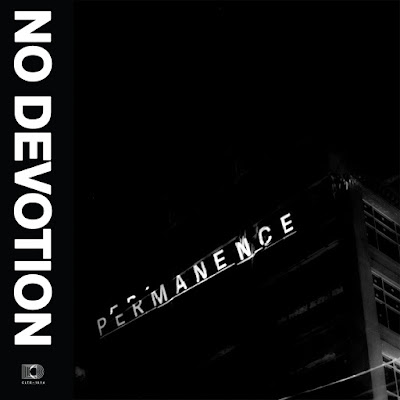 Let’s face it – the guys from Lostprophets deserved a better fate than disgraced former lead singer Ian Watkins gave them. Enter the brilliant Geoff Rickly, formerly of seminal post-hardcore mavens Thursday. Once you combine the two forces, you get No Devotion, whose stunning debut Permanence is swathed in a compendium of heavily synth-addled dreamy alt-rock with just enough picturesque shoegaze, making for gigantic orchestrations very reminiscent of The Cure (“Break,” “10,000 Summers,” “Stay”). Rickly flexes his atmospheric muscle as he reaches new vocal heights on “Permanent Sunlight,” then rivals those lofty heights in “I Wanna Be Your God” as his reverb-drenched voice screams ‘I want to be your God’ over and over, and “Eyeshadow” is virtually flawless, a magnificent example of Permanence’s immersive experimentalism. And for those clamoring for another Thursday album, Permanence could very well have been the logical progression from the bands final album No Devolución. With Permanence, No Devotion has something truly special, and we are all lucky enough to bear witness.