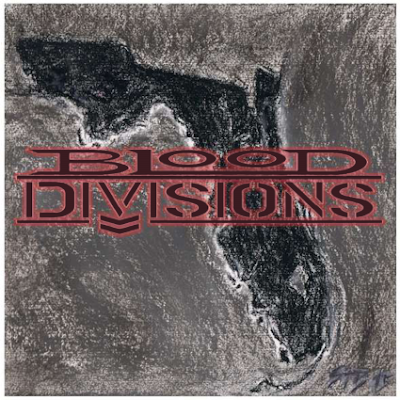 OK everyone, time for a very bad joke. You’ve been warned. What do you get when you combine a veritable all-star roster of metal musicians like Fozzy frontman and jack-of-all-trades Chris Jericho, Dave Austin (Nasty Savage), Ralph Santola (Death, Obituary, Testament, Iced Earth), Terry Butler (Obituary, Death, Denial Fiend, Massacre), Greg Gall (Six Feet Under), Bill Owen (Purgatory), John Mahoney (Fester) and Ben Meyer (Nasty Savage, Low Brow, Gardy Loo)? You get Blood Divisions. Their self-titled EP is about as much a cocktease as it gets at only a two-song clip, but at least both are covers, and everyone loves covers, right? Blood Divisions opens with the bands take on Nasty Savage’s nine-minute opus “The Morgue,” a track that sees Jericho flex his vocal muscle, going from subdued whispers and hushed refrains to snarling rebel yells and impassioned battle cries (check the 7:05 mark). For long stretches of “The Morgue,” Jericho bows out, allowing Blood Divisions’ army of skilled axe-wielders to take hold, and they do not disappoint via rousing solos, chugging riffs and penetrating licks, which bleed over into Blood Divisions’ cover of The Scorpions’ “Top Of The Bill.” Here, the script of Blood Divisions is flipped; opting for something a bit more frivolous in pure ‘80’s hard rock, a sound Jericho and crew are clearly comfortable wailing on. As if this pair of tracks wasn’t good enough, a portion of the proceeds from EP sales will benefit Rock & Rescue, a charity helmed by acclaimed producer Jay Ruston, as well as the Warren County Tennessee Humane Society. So how does the old saying go? Always leave them wanting more? Mission accomplished Blood Divisions, mission accomplished.