Boys, Or Whores, Don’t Cry: A Conversation with Christian Lembach of Whores 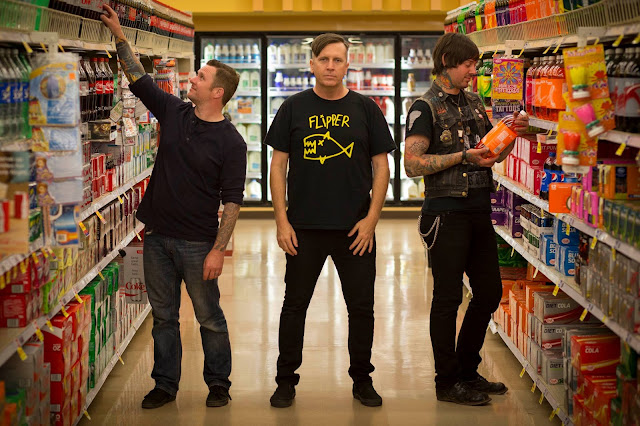 Fans of seminal Britpop act The Cure come in all shapes and sizes and can be found in all walks of life. Case in point – Atlanta, Georgia sludge mongers Whores. Yes, even heavy noise merchants can be fans of the legendary band. Well, if you think about it, maybe it’s not that weird – The Cure does have a darker, Gothic side to them. Just look at the trilogy – Pornography, Disintegration, Bloodflowers (well, the first two more so than the latter, but still).

Since we here at Get Exposed Music are obsessed with all things The Cure, we wanted to spend some time with Christian Lembach of Whores, who dug deep into the Cure’s canon and covered the classic “Jumping Someone Else’s Train,” to find out what, if any, special meaning the track holds for the band, how they came to put their spin on it and whether or not more Cure covers are in the bands pipeline.

Get Exposed Music: Are you guys big Cure fans? What are some of your favorite songs or albums, and why?
Christian Lembach: I’m definitely a big Cure fan. I learned a ton about songwriting from them. I love the really simple, early stuff, but I’d have to say that Head on the Door and some of the other mid‐period stuff is just flawless.

Does “Jumping Someone Else’s Train” hold any personal meaning for the band?
I certainly connect with the sentiment in the lyrics, if that’s what you mean. Holden Caulfield and I hate phonies.

How did you come to land on this specific track? Your sound seems better suited for some of the Cure’s more gothic entries – say something off Faith (you guys would wail on “All Cats Are Grey”), Pornography or Seventeen Seconds? Even something off of Kiss Me, Kiss Me, Kiss Me like “Snakepit” would have been a great fit I think.
We’re secretly a pop band - a pop band drenched in noise and screaming, but a pop band nonetheless. We were also considering “Killing an Arab” and “In Between Days.”

What were some of the inspirations behind your take on this track?
Two words: Harvey Milk. 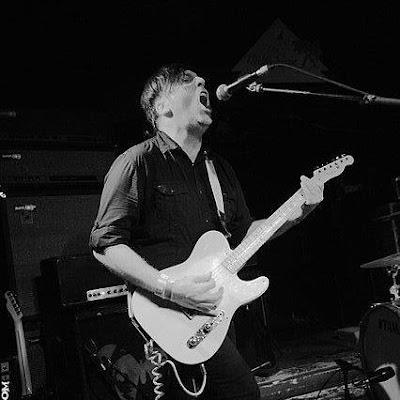 How meticulous were you in recording this cover? Did you find yourself handing the song with kid gloves? Did you become perfectionists in the studio?
[Laughs] This was recorded in our practice space. We take what we do very seriously, but an important part of our aesthetic is a sort of a reckless abandon. That’s not really something you can fabricate or be too precious about. We just try to capture it.

Are there more covers to come in the future?
I’m sincerely hoping the answer to this question is yes. Personally, we’d love to see a full length. We don’t have plans to do any more covers, but we do have a new song that will be released on vinyl via
Amphetamine Reptile’s revived Dope, Guns and Fucking in the Streets series. As far as a full length, we’re pretty stoked on the idea of no filler. So if we write a ton of songs that we all love, we’ll put out a longer record. We refuse to release stuff that is halfassed.

Will you be doing “Jumping Someone Else’s Train” live?
We haven’t yet, but we’ve been toying with the idea.

Have The Cure’s people heard this track by any chance?
I seriously doubt that [laughs].