Tim Myers Enters The Unknown: Meet the Man Behind the Music 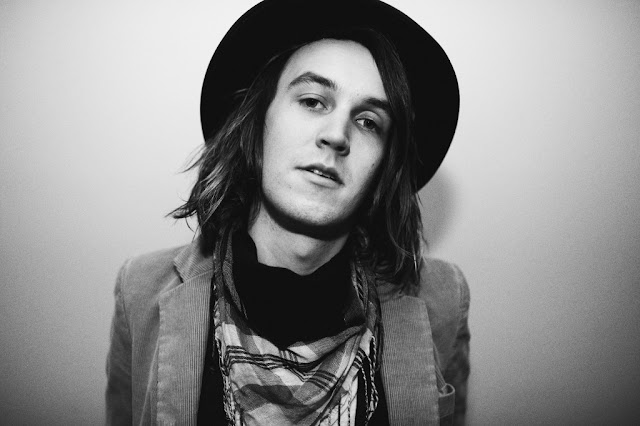 Even if you do not recognize the name Tim Myers, chances are you have heard his music before. And not simply because he was an original members of pop rock powerhouse OneRepublic, but because his solo work, and now his work with his new outfit The Unknown, has been gracing television screen and radio airwaves for a while now.

Over the last couple years, Myers has become the most licensed solo artist to date.  His songs have been featured on commercials for Apple, Google, Target, Macy’s, T-Mobile and Verizon, hit TV shows like Grey's Anatomy,  Ugly Betty, and  Modern Family, and several movies including  Magic Mike, The Dilemma, and  Friends With Benefits.

Get eXposed Music sat down with Tim Myers to find out how The Unknown came to be and how the band differs from his solo work and his thoughts on being so in demand in the advertising world. We also chat a bit of baseball and finds out what’s next for the sought after musician.

You just released a solo album, The Year, a few months ago. And now you’re back with The Unknown and Album One. Why so soon? Why not let The Year breathe a bit before releasing a new album so quickly?
Tim Myers: The Unknown is a completely separate project. It's been long in the making and I thought it would be experimental and different to put out two completely different sounding things around the same time. I'm all or nothing; I haven't released anything in a long time. I've been working on music a lot I've written and recorded hundreds of songs the last few years and this year I'm planning on releasing a lot of it finally.

How did The Unknown come together? How did this new venture come to be?
I've been working on it for years and years recording a lot of music on my own and with producer Dave Bassett, who's written and produced for Fitz and The Tantrums and OK Go among others. The Unknown has had a lot of syncs in TV film and commercials, a lot of movies like Magic Mike, the Dilemma, and big commercial campaigns for T Mobile and Citi Bank among others. I thought it was just time to release it since there was such a big demand from fans.

Tell us about Album One. How does this differ from your work as a solo artist?
The Unknown is completely opposite of my solo work. My sophomore solo album, and a lot of my other solo work, is really alternative, acoustic and organic with a lot of orchestral moments. It's carefree, whimsical and has a lot of fun group vocals. The Unknown is alt-rock; it's big with a lot of swagger. It's loud, screaming it gets really dark at times. If my solo work is Jekyll, The Unknown is my Hyde. 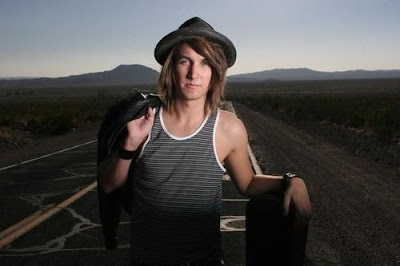 With so many different sounds incorporated into one album, what were some of the inspirations behind this record?
Because it took so many years to write and record The Unknown project the sound changed and developed a lot. There's moments that have influences of Radiohead & Nirvana, other songs I'm influenced by riff rock ala [Led] Zeppelin, The Who, Black Keys and [Jimi] Hendrix. I have so many rock influences and when it's all put together you can hear elements of Radiohead and Hendrix in the same song, which is weird because they sound nothing alike. I started off playing in alt-punk bands when I was in Junior High and I feel like I've come full circle and have gone back to my roots in a way.

You seem to have a strong knack for getting your music included in television shows and marketing/commercial campaigns. Is there a reason behind that? Or is just that you’re so good at writing catchy music?
I'm blown away by the fact that out of hundreds and hundreds of songs these music supervisors get pitched everyday by all the random famous and unknown artists out there that they pick my songs. I'm really fortunate that I have a fan base of people who like my music and would want to use it in that way. You'd have to ask the fans why they like my music!  I just do what I do regardless of if people like it or not.  I just try to make music that I really love and feel passionate about. I work with an amazing team that pitches my music for TV film and commercials, Zync Music. I'm so blessed to work with them and I'm so lucky to have an amazing team behind my music.

Speaking of, “Are You Ready For Me?” has gotten play on MLB TV. Are you a big baseball fan? How did this placement work out?
My team got this one for me! I like baseball and I'm a big sports fan but I really love hockey. I'm a big Los Angeles Kings fan and just recently got to sit in a suite with Luc Robitaille and Dave Grohl! At one point I was chatting it up with the two legends and I was scratching my head, I'm talking to a Hockey Hall of Famer and a Rock & Roll Hall of Famer right now at the same time! It doesn't get better than that! I'm a huge fan of both of them. 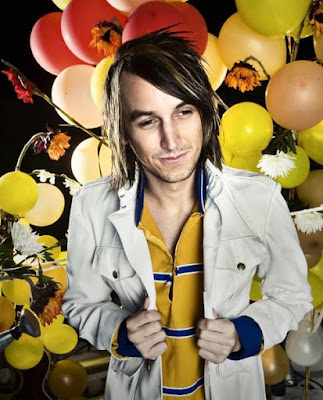 When it comes to your music being used as a commercial tool, have you had an ‘oh shit’ moment? A ‘wow’ moment that just blew you away and had you taken aback when you heard your music being used on TV, etc?
Every day is an "OH SHIT, I'm so lucky moment!" I freak out every time I get asked by someone to license my music for their movie TV show or commercial! I get to do what I LOVE and get paid for it! There are literally millions of people wanting to do music for a living and it's so important to realize that and be grateful for every opportunity you get and not take it for granted. I think the first time I had one my songs in a Target commercial that was my biggest freak out moment.

How do you look back at your time spent in One Republic? If given the chance, would you go back? Or is that part of your career just over and done with? What’s your relationship with those guys like nowadays?
Our relationship is great! I would not go back any time soon, especially right now. I get to do what I love writing and recording music every day! I have complete freedom of expression and creation, which is so important to me. Also, they tour like crazy and it's such a waste playing the same songs over and over and over every night.  Financially I make more now writing on my own and with other artists than I ever would playing in that band so it doesn't make sense. Plus I have two beautiful girls so I’d much rather play with them and see them grow up then be with 4 other dudes on the road! There are so many reasons!

While the answer is sure to be a lengthy one, what’s next for Tim Myers as an artist?


My next solo album is going to be another concept album. I'm releasing some more different projects on my label Palladium Records that have seen a lot of syncs. One of them is a project of mine with Sally Seltmann, who wrote Fiests "1234," called Alphabet Botanical.  Alphabet Botanical just had two of our songs in some new Target commercials this year. I'm releasing another Lucy & The Cloud Parade album, FM Radio is slated to release this year as well as a band on my label called Map the Stars. That's it so far!