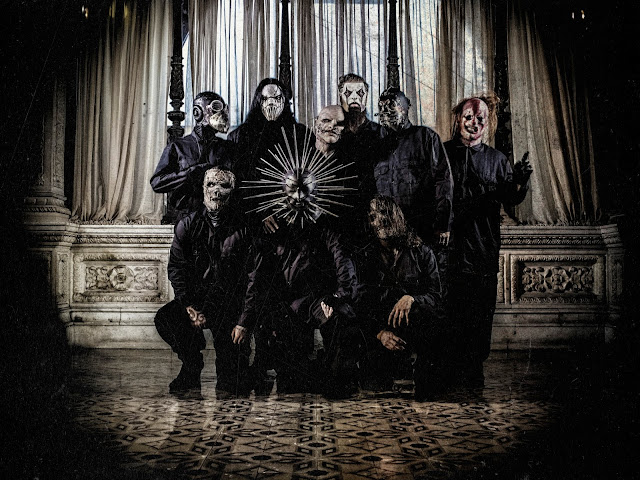 Who: Slipknot, Lamb of God, Bullet for My Valentine, Motionless in White
Where: Darien Lake
When: 7/29/15

The Summer’s Last Stand Tour certainly lived to its billing, quickly proving that it was not just cutely named – Slipknot, Lamb of God, Bullet for My Valentine and Motionless In White showed that. In what may have been summer’s best and (arguably) heaviest tour, these four acts left an indelible mark on the Darien Lake Performing Arts Center.

Though they played way, way too early in the evening, well before many of the concertgoers had even entered the gates, Motionless in White set the tone for the night with standouts such as “America” and “Unstoppable,” before ending their all-too-brief night with “Reincarnate,” the title cut off their 2014 studio release.

Bullet for My Valentine amped things up a bit, digging in the archives for “Tears Don’t Fall” during their set, which surprisingly featured only seven songs. Scream Aim Fire’s ‘Waking the Demon” closed out the night, which got the crowd into things for the bands to come – the pits in the lawn were fierce.

Lamb of God was out third to much aplomb, and it wasn’t exactly a no frills set either, which I expected. While there was no pyro, fire or anything of the sort, the band performed in front of a massive LOG backdrop and video screens placed on either side of the stage. I was probably unlike many of the patrons at Darien Lake this night because I was looking more forward to new material off the bands recently released VII: Sturm Und Drang. While set stalwarts such as “Walk With Me In Hell,” “Laid To Rest” and “Redneck” garnered the largest rise out of this crowd, I popped the biggest for “512,” a cut singer Randy Blythe wrote about the cell he was jailed in in Pankrac Prison. In terms of new cuts, the band also wetted my appetite with “Still Echoes,” though I was hoping for stompers like “Footprints” or “Anthropoid,” but, as they say, beggars can’t be choosers. And, in all honestly, for my first time seeing this band live, I was not disappointed.

Next up was the main event in Slipknot, and speaking of not being disappointed, this band was unbelievable. In fact, for most of the performance my mouth was agape, hanging open at the sheer magnitude of Slipknot’s ability. From .5: The Grey Chapter offerings like “XIX,” “Sarcastrophe,” “AOV,” “The Devil in I” and “Killpop,” this set was littered with moments to remember. They brought out the old shit, much to this particular crowds delight, with “Spit It Out” and “Wait and Bleed,” but spent a lot of time on well-known cuts like “Duality,” “Before I Forget,” “The Heretic Anthem” and “Psychosocial,” which isn’t necessarily a bad thing. The band ended their ‘set’ with the newcomer “Custer,” which fell a bit flat, though they more than made up for it with a fire-breathing encore that consisted of “(sic),” “People=Shit” and the closing “Surfacing.” No “Left Behind,” “Eyeless” or “Purity,” but again, beggars can’t be choosers, right?

All in all, there was nothing to really bitch about when it comes to this show, other than MIW playing very early. BFMV was a solid opener, Lamb of God absolutely murdered and Slipknot was breathtaking, quite literally. Good luck summer trying to be better than this show.

Email Post
Labels: bullet for my valentine concert of the year concert reviews Lamb of God motionless in white slipknot