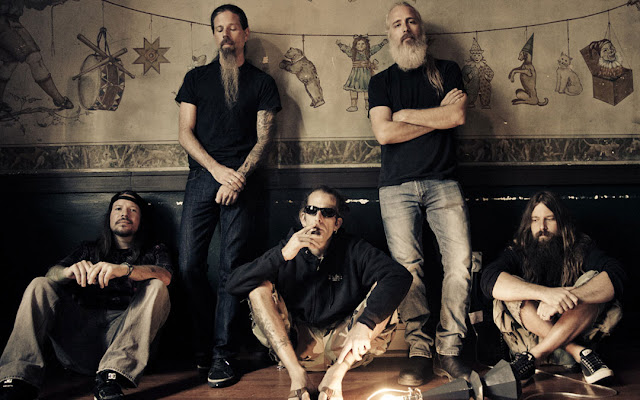 Lamb of God is set to make Summer’s Last Stand this Wednesday at Darien Lake Performing Arts Center. They won’t be doing so alone however, as they will be joined on perhaps summer’s loudest and flat out best tour by fellow heavies Slipknot, Motionless in White and Bullet for My Valentine.

Not only will the Richmond, Virginia natives be touring behind the breath of the immense catalog, they are bringing new music on the road as an added treat in the form of songs off their recently released eighth studio album, VII: Sturm Und Drang, which translates to Storm and Stress, an album title no doubt influenced by singer Randy Blythe’s recent manslaughter case (it’s actually ‘a 18th century proto-Romantic movement in German literature and music in which individual subjectivity and extremes of emotion were given free expression in reaction to the perceived constraints of rationalism imposed by the Enlightenment and associated aesthetic movements’).

VII: Sturm Und Drang, once again produced and mixed by Josh Wilbur with engineering by Wilbur, Nick Rowe, and Kyle McAulay, was recorded at NRG Recording Studios in North Hollywood, CA and Suburban Soul Studios in Torrance, CA. The band’s last album, the Grammy-nominated Resolution, debuted at #3 on the US Billboard Top 200, #1 on the US Top Hard Rock and Rock Album charts, #2 on the Canadian albums chart, and #3 on the Australian albums chart. 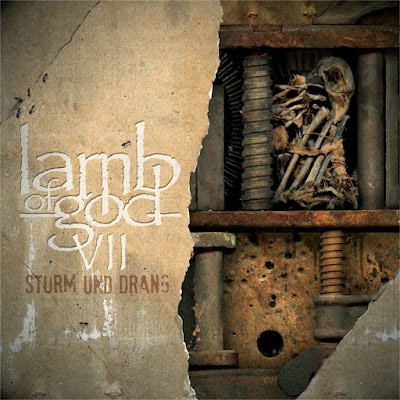 Though it could easily be considered as such, VII: Sturm Und Drang isn’t a rebirth for Lamb of God; it’s merely a continuation of shoot first, ask questions later ferocious mentality the band has always put to wax; leaving bodies in crumpled masses in their wake quite literally from the onset of the record with the menacing “Still Echoes,” a vitriol-laced pissed off track that serves as a reminder of what this group is purely capable of. And that’s not without even mentioning one of the album’s best guitar solos, on the album’s opening track. On VII: Sturm Und Drang, Blythe said he would write about things that ‘affect him very deeply,’ a sentiment no more evident than on the brooding, crushing “512,” written about the cell he was jailed in in Pankrac Prison, a track that needs to be heard to be believed. Furthermore, Blythe’s unparalleled brilliance shines on the daring “Overlord,” which features his clean vocals (yes, clean vocals), while the Chino Moreno-assisted “Embers” and the unabashed stomping “Footprints” and instant classic “Anthropoid” are sure to appease each and every single fan of this band. VII: Sturm Und Drang is a special album to be sure, one that immediately becomes one of the years; top heavy records.

Be sure to catch Lamb of God, alongside Slipknot, Motionless in White and Bullet for My Valentine, on the Summer’s Last Stand tour when they stream roll through Darien Lake Wednesday, July 29. Tickets are still available here.