They Knocked, But Death Didn’t Answer: Coal Chamber Returns (Better Than Ever) 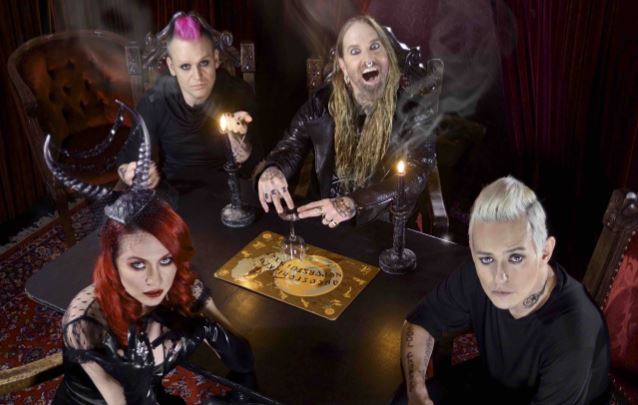 13 years ago in 2002, Coal Chamber guitarist Miguel Rascon hit frontman Dez Fafara in the head with his guitar onstage during a show. Then they broke up. Well, time heals all wounds as they say, because now Coal Chamber is back and literally better than ever with their fourth studio album Rivals, an album that sounds as if it should have been the bands sophomore release as opposed to the tragically underrated Chamber Music.

After nearly a decade and a half spent in the abyss, Fafara and Rascon have buried the hatchet and mended their wounds. Or have they? We sat down with someone who had the best view in the house – right between the singer and the guitarist – drummer Mike Cox - to find out if the band has left the past in the past, what it was like to get back in the studio with the band, what’s next for Coal Chamber (Dez is rumored to be going back to Devildriver next year) and how he perceives the legacy of this band, given their sordid history.

Get eXposed Music: There’s perhaps no better place to start then with the most obvious question – why bring Coal Chamber back? What does this band have left to prove?
Mike Cox: We as a band wanted to finish what we started. We left the scene in such a sudden way that there were always unanswered questions. We always had tumultuous times from the get go, but the love for Coal Chamber’s music kept us going. It finally got to that insurmountable breaking point and we had to stop. It took a long time and a lot of effort to get this thing back together. We talked about it over the years and it wasn't the right time. Then after becoming FRIENDS first the music began to fall into place. Once the ball was rolling we were like a machine and that’s where we are today. As Coal Chamber, as musicians, as people there is A LOT left to prove. We always want to create and make a better record than the last. We feel we knocked this one out of the park and we are all blown away by the outcome thus far.

Is it safe to say that the members of this band are focused on the present and happy with leaving the past in the past? Given all that transpired between you guys, has the hatchet been buried?
The hatchet has long been buried. We have all grown so much from the times before. This band has never been this tight and focused. It’s an amazing thing to sit back and watch. From where we came from to where we ended up, to where we are now is nothing short of a miracle.

You reformed with Chela, who was later replaced with Nadja. Was Rayna ever considered for the rebirth and reformation of the band?
Yes, Chela came in and did an amazing job as the timing wasn't right for Nadja’s return initially. Once everything worked out with Nadja returning it was full steam ahead. She has been with us the longest and it was great for her to finally be on a record. To answer the Rayna question...no that was never considered nor discussed. 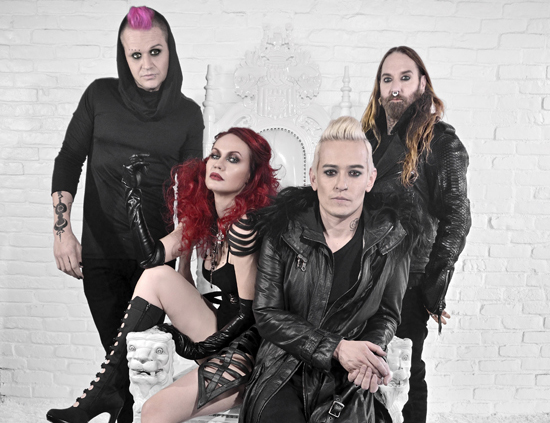 Was there any apprehension at all when you got back in the studio or was it just simply business as usual and like riding a bike as you’re back recording with these people you know so well?
I wouldn't call it apprehension. I think everyone was more anxious than anything. All the tours after we reformed went so well and were all having so much fun being around each other that we were ready to make up for lost time. Once the songs started flowing it was a machine of creativity. Definitely not business as usual, because our old business was so drama-filled that we totally approached it with clearer heads and the love for Coal Chamber music again.

Let me say that Rivals is a brilliant metal record, one that showcases the simple fact that Coal Chamber as a band, as a unit, has not lost one step. There’s no signs of rust, no cobwebs to shake off, nothing of the sort. How is it possible that this band is able to function at such a high level after so much time off?
Thank you for that. We are hearing a lot of that coming out the gate! We all have grown as musicians and as people. It is translating into what we do. When we first started writing we had an insane amount of focus and it just sort of snowballed into what it is.

What was the recording process of Rivals like? When the band was putting this album together, was there an effort made to appease old school fans of the band in terms of songwriting and structure? Or was that not even a thought?
Coal Chamber always writes what comes out naturally. Some works some doesn't. Meegs [Rascon] and I usually start bouncing a drum beat and guitar riff off each other. Then we write around that. We have always had pretty much the same process. Then Nadja will play her parts and we send it to Dez. He will send us back scratch tracks and we build the structure from there. Whatever we right will always sound like Coal Chamber when we are writing for this band. We have always had the heavy grove with a live feel. Trying to consciously appease the old fans does not happen on purpose, it just worked out that way.

What do you say those people who used to be fans of the band who might be leery or tentative about coming back and listening to Rivals?
Listen to it!!!!! You most likely will be shocked. It’s heavier and sonically better than ever before. It’s just a NASTY record. We are very proud of it and the response thus far has been through the roof. 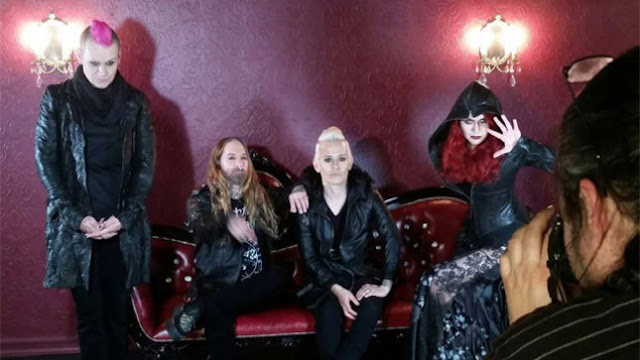 How/where do you feel Rivals falls with the rest of Coal Chamber’s prior releases?
I personally think this record blows our other releases out of the water. It’s still Coal Chamber but Rivals just has a real NASTY feel to it that we were going for. Plus the production from Mark Lewis is just insane. The sounds and tones on the record are pretty intense!

How do you look back at the legacy of Coal Chamber?
Coal Chamber is a band that was, and still are, the underdogs, coming out of the Los Angeles scene where there were only a few bands doing this new style of music. We toured our asses off and worked hard for everything we have. The breakup has just made us stronger and more hungry than we ever were.

What does the future hold for Coal Chamber? If Dez goes back to do DevilDriver next year, does Coal Chamber go back on the shelf? Have you discussed it at all?
We discuss everything these days as communication is something we lacked before. Rivals is a brand new record and we intend to tour our asses off on it. Whatever happens after that will fall into place. We all love making music and that’s not going to stop. Coal Chamber is here to stay this time and this is not just a 1 and done record!

Can we expect another North American tour after the band returns from overseas?
We are always working on playing and touring. Lots of moving parts. We are here to stay!