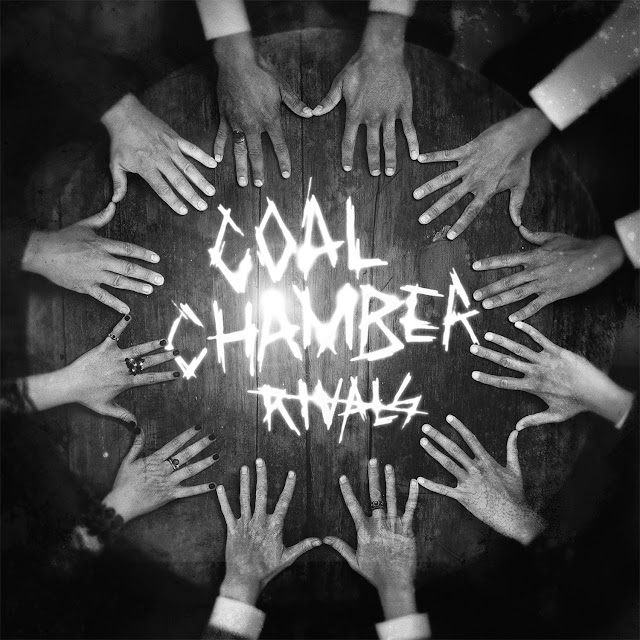 13 years ago, Coal Chamber guitarist Miguel Rascon threw his guitar at the head of frontman Dez Fafara onstage during a concert. Well, that was then and this is now as the band is back, and literally better than ever, with Rivals, their first album since 2002, an album that will go down as one of the best of 2015. If you were to forget 1999’s spottily remembered Chamber Music (seemingly just as Fafara does on “Suffer In Silence” as he sings ‘It's just like never happened/Never happened’), Rivals combines the best elements from the bands much more fondly recalled releases - the brutal raw aggression of their 1997 eponymous debut and the more honed, refined metal structures of Dark Days. From the shredding opening of cathartic lead single “I.O.U. Nothing,” Rivals is a cacophonous barrage of stellar down-tuned riffs led by Rascón; menacing guitars that toe the line between nu and modern metal. This album is teeming with bouncy, driving metal tunes ripe for copious headbanging (“The Bridges You Burn,” “Another Nail in the Coffin,” “Bad Blood Between Us,” “Light In the Shadows,” “Over My Head”). Taking into account that Coal Chamber had ceased to exist over the past decade plus makes this record all the more impressive. Rivals is pretty much everything and more that you could hope for from a Coal Chamber record in 2015. It may be blasphemous, but Rivals may just be this bands best release, ever.