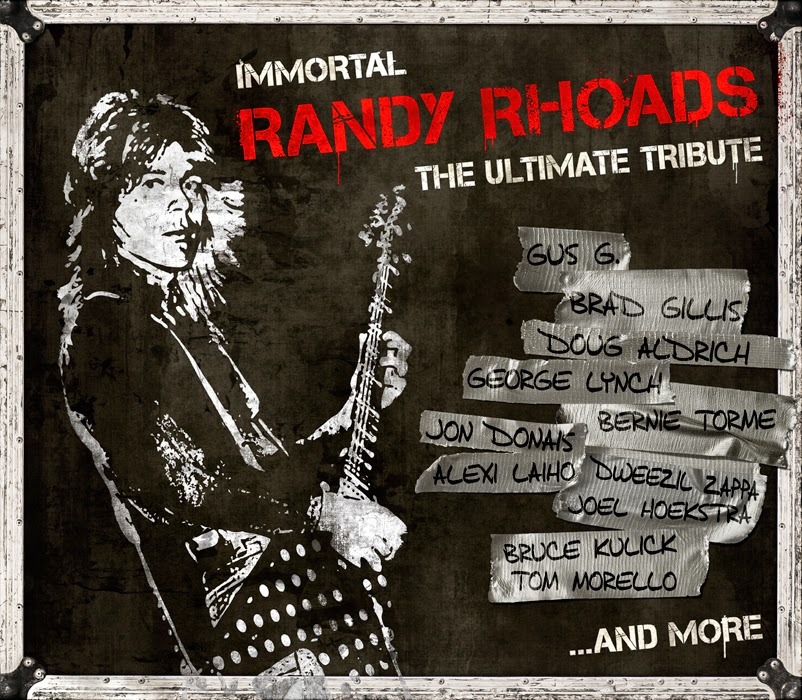 It’s no secret that incredibly talented guitarist Randy Rhoads was taken from us far, far too early at the age of 25 when he died in a plane accident while on tour in 1982. But what better way is there to pay tribute to the late axe prodigy than with the most star-studded of all star-studded tributes, one that assembles the best players in the game, Immortal RANDY RHOADS – The Ultimate Tribute, released nearly 33 years to the day after his death. This tribute explodes out of the gates with the Serj Tankian (System of a Down)-led “Crazy Train,” a picture perfect opening salvo rife with a slate of innovative and wild axemanship from Tom Morello (Rage Against the Machine). From there, the venerable Tim ‘Ripper’ Owens and Jon Donais (Shadows Fall) do Rhoads loads of justice with their killer riff-tastic take on “Over The Mountain” and Chuck Billy (Testament) and Alexi Laiho (Children of Bodom) pay proper tribute with a chilling rendition of “Mr. Crowley.” Owens proves himself an anchor of Immortal RANDY RHOADS – The Ultimate Tribute by providing vocals for a number of tracks, including the excellent “Goodbye To Romance” with guitarist Gus G. (Ozzy, Firewind) in tow, “Suicide Solution” alongside Night Ranger’s Brad Gillis and the closing “Flying High Again,” an appropriate metaphor for the legacy of Randy Rhoads. And for those that may not remember, Randy Rhoads also spent time with Quiet Riot, and that time is commemorated here (“Back to the Coast,” “Killer Girls”). Immortal RANDY RHOADS – The Ultimate Tribute is proof positive that Rhoads’ legacy will never die, and, in fact, it’s just as alive today as it ever was. Hopefully Randy is looking down from the heavens with a guitar in hand, having just finished a jam session with Dio and Dimebag, to see that his memory is truly immortal.