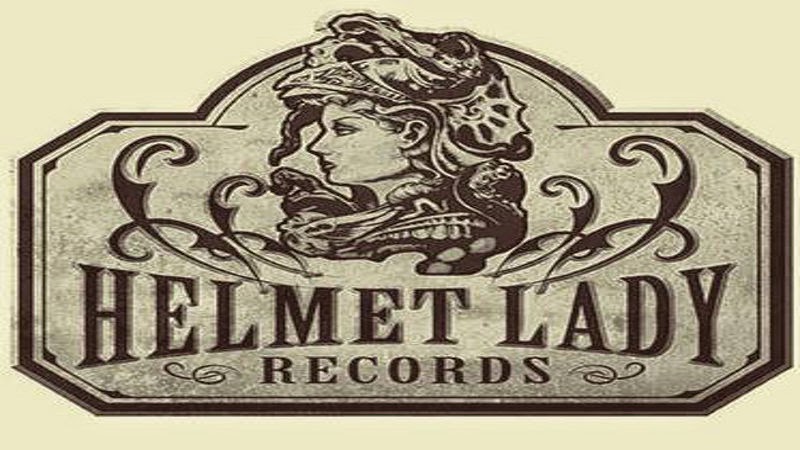 Record collectors and junkies of the world, unite and take over because as the vinyl resurgence grows and gains momentum around the globe, so too does it in Buffalo with the launch of Helmet Lady Records, a sparkling new limited-release vinyl record label.

Launched in part by Cosmic Shakedown bassist Larry Gartley, who, along with fellow vinyl aficionado Russell Mullen of Nashville, Tennessee, Helmet Lady Records is more so a labor of love for the duo than anything else, one born out of an obsession with the once thought long dead medium.
“Through social media, Facebook and Instagram I've met a ton of people through vinyl forums. A lot of label owners, collectors, artists and really anyone who's a vinyl enthusiast,” Gartley says. “My partner in this venture, Russell Mullen, lives in Nashville and is a huge vinyl enthusiast and we've become close from collecting and talking music. Over the last year we've sort of developed this vinyl junkie community that includes people from all over the world. Russell and I have talked about how it's been our dream to start a label and seeing our friends who run labels like Riding Easy, Ripple Music, STB, MER, HeviSike to name a few, and they have inspired us to start Helmet Lady Records. They have all been really cool, offering us help to mentor us and get this thing off the ground. It's really great because rather than every label viewing each other as competition, it seems it's more a family where we all know what's good for us is good for the scene as a whole.”
Though they plan to specialize in limited-run vinyl releases, Gartley says that they also plan on some digital and cassette releases (and perhaps some traditional CD releases) depending on the artist. He is emphatic that vinyl however is the name of the game, first and foremost.
“We are an independent label that will specialize in limited runs of vinyl. We want unique special packaging and colored pressings that compliments the music we are putting out.”
Mullen and Gartley have dove into things head first by already signing their first artist, Hawkeyes, an atmospheric stoner doom band out of Kitchener, Ontario, who, ironically enough, are big fans the Buffalo Bills. The band’s album Poison Slows You Down will serve as Helmet Lady’s debut vinyl release. 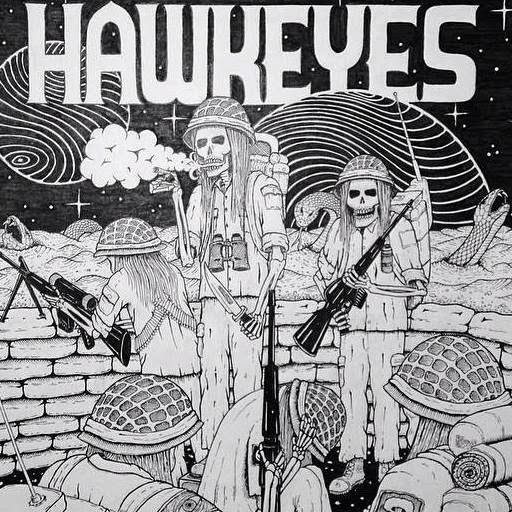 “They're die hard Bills fans too which makes it even better! We are going to shoot to have an album release/label kickoff show at Mohawk Place once everything is done.”
“We've been chomping at the bit to let the cat out of the bag on this news,” Hawkeyes said of the news of their signing in a Facebook post. “We are beyond stoked to sign to Helmet Lady Records. More news to follow.”
The next goal for the label is to ink a band from the United States, and while there are a few on Helmet Lady’s radar, Gartley was a bit coy with official details.
“Our next goal is to sign a band in the states that's touring,” he says. “We have a couple in mind right now but it’s still very early.”
In order to attach a face to their brand, the co-founders looked no further than the very skin of Mullen, as Helmet Lady Records’ logo, a Roman-style woman adorned with octopus tentacles, is modeled after one his tattoos.
“The image of the woman is a tattoo that Russell has. He and his artist Kurt Fagerland came up with the image, based off a relief on a Roman Building with octopus tentacles added. He showed me the image and I was like Helmet Head Records, then Russell said Helmet Lady Records, and it sounded good to me. So thus it was born. It just shows how heavy shit can also be beautiful.”
Check out Hawkeyes on Bandcamp and Facebook. 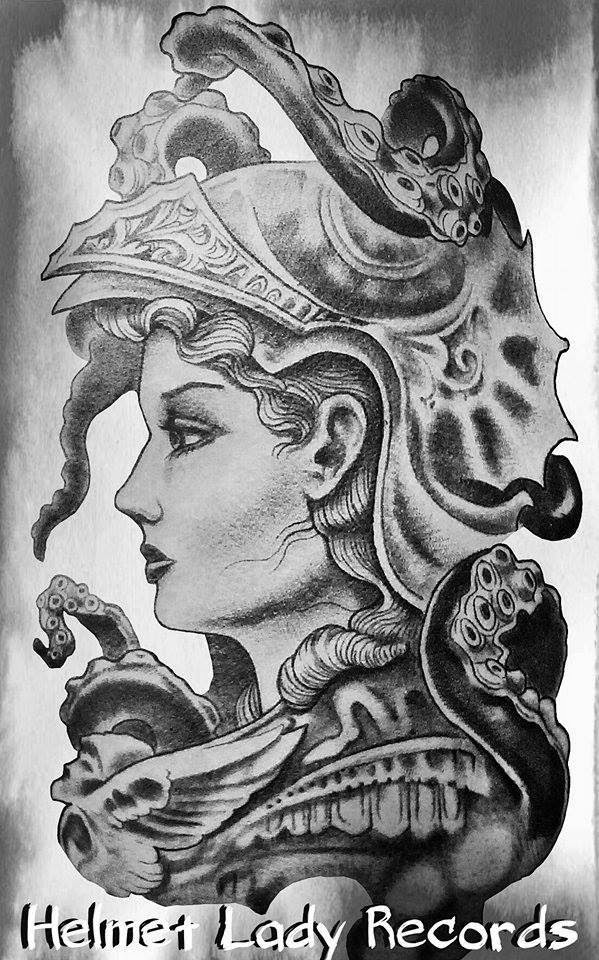 You can also find out more information on Helmet Lady Records at their Facebook page, as well as on Instagram (@HelmetLadyRecords) and Twitter (@HelmetLadyRec).
Helmet Lady’s first presale goes live Saturday, February 14th on Valentine’s Day at the label’s merch page.