CD Review: Feed Her to the Sharks – “Fortitude” (Victory Records) 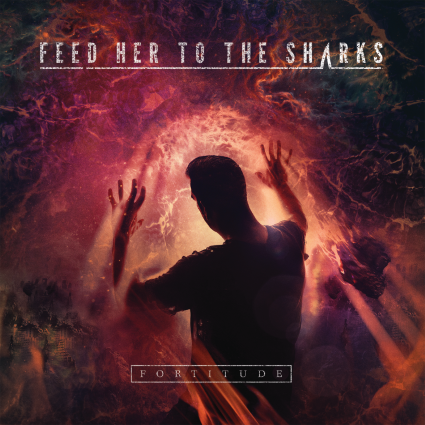 If you are among those upset after Danny Worsnop walked away from Asking Alexandria, you’re in luck, because there’s a very good chance Australia’s Feed Her to the Sharks will soon be your new favorite metal band thanks to their scathing Victory debut Fortitude. Harkening back to the early days of metalcore (before it became a four letter word), when albums like Unearth’s The Oncoming Storm, As I Lay Dying’s Frail Words Collapse and Shadows Fall’s The Art Of Balance roamed the playlists of metalheads everywhere, Fortitude is a sheer and unabashed guitar clinic. This album is a venerable fire-breathing beast; a hulking mass of heavy riff-centric metal housing some of the best guitar work this side of a Dragonforce record. “Chasing Glory” is an unstoppable force and one of the most badass songs you’ll hear this year (damn, that lead riff though); the epic “Badass” is more than just a clever song title; “Shadow Of Myself” and “Terrorist” manage to take the done-to-death, paint-by-numbers metalcore song structure and turn it on its ear; “Walking On Glass” is nothing short of a biting diatribe that cuts deep; “Faithless” is breathtaking. While it may be a track too long, from start to finish, Fortitude is a literal non-stop thrill ride of colossal proportions.