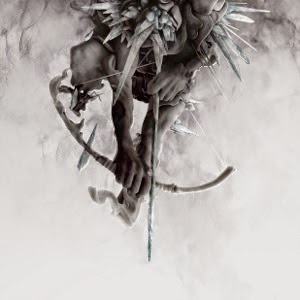 Linkin Park – The Hunting Party
It has been a long time since it was this hard to nail down a clear cut album of the year – not since 2010 and Deftones Diamond Eyes and Filter’s The Trouble With Angels. The struggle was real this year between The Hunting Party and Instead Of Sleeping’s Young Lungs. This year, it’s almost closer to 1 and 1a.

The Hunting Party is a cacophony of sound, fueled by strident, chugging guitars and booming, deafening percussion (“Guilty All The Same,” “Rebellion,” “Mark the Graves”). “Final Masquerade” is The Hunting Party’s “Numb,” an emotional mid-tempo ballad full of lingering and haunting melodies, and the record also dabbles in borderline hardcore punk (“War”) and serves up perhaps the bands flat out heaviest output to date (“A Line in the Sand”). No, The Hunting Party doesn’t prove Linkin Park is back, because, the fact is, they never left. 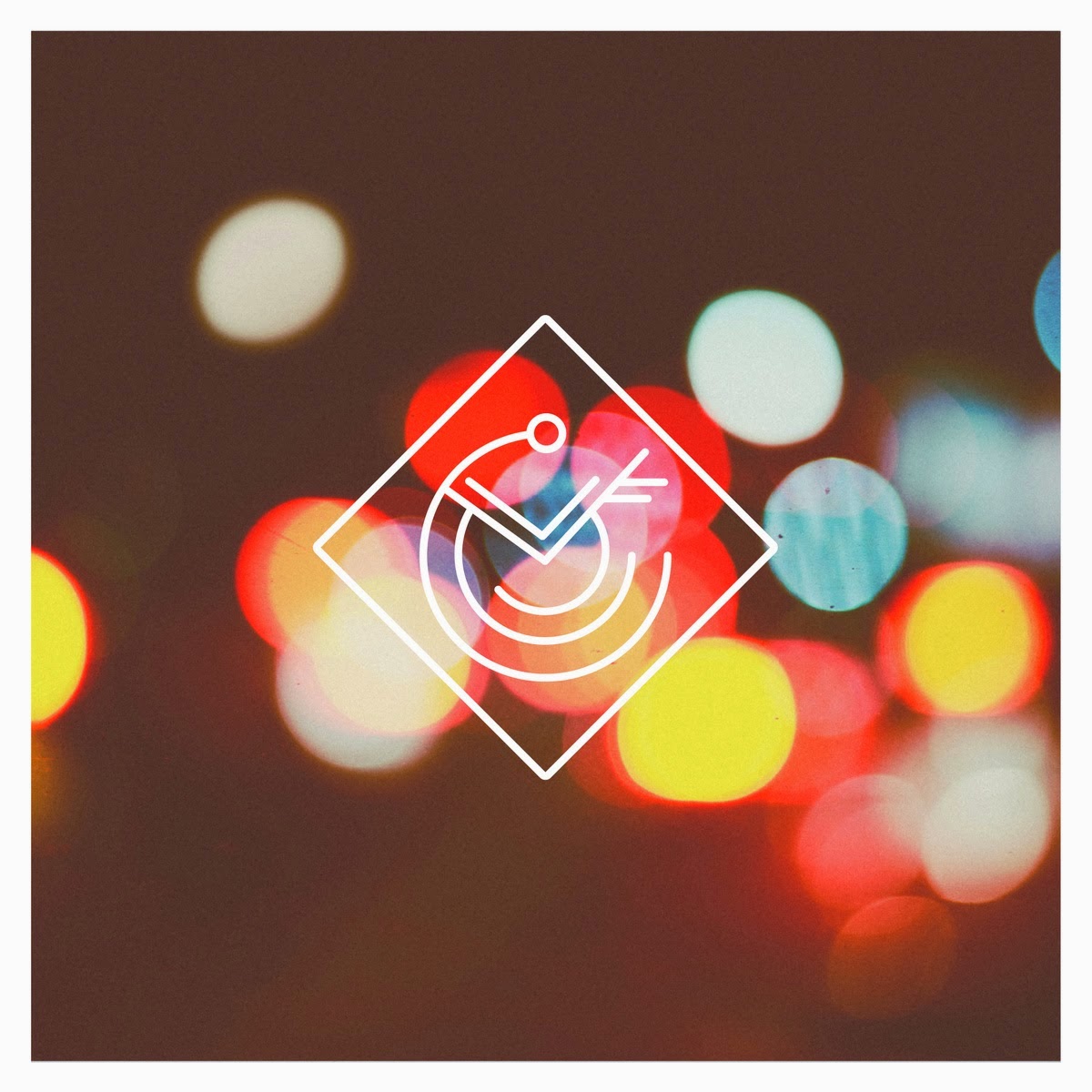 Instead Of Sleeping – Young Lungs
Not since dredg’s Catch Without Arms have we been so moved by a record, but that’s something Young Lungs managed to do. This is an album that needs to be heard.

Acquiescent indie brilliance akin to Catch Without Arms-era Dredg (“Volatile,” “Insatiable”) and bouncy Ludo-inspired quirk (“Merlot,” “The Ones”), but Young Lungs isn’t all such pomp and circumstance, as the record delves into cloyingly opulent and layered dream pop with a thumping backbone (“Speak Into Me”) and Killers-esque pop rock (“South Side Girls”) before devolving into all things lo-fi via gruff, muffled acoustics that sound recorded on a bedroom four track (“Ammo” (though these might be the album’s best vocals)). 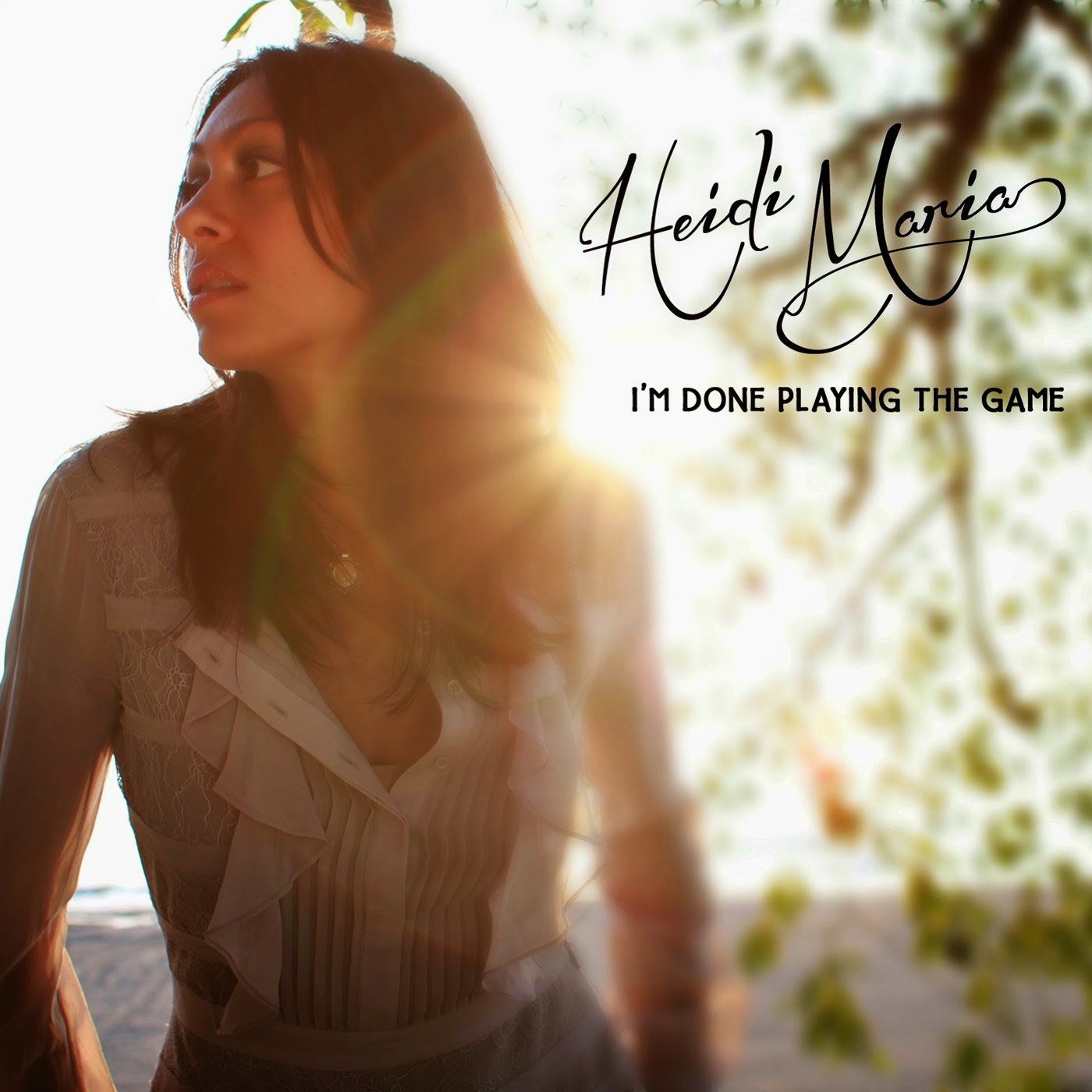 Heidi Maria – I’m Done Playing The Game
Her voice is soft, sweet and hauntingly beautiful, and it’s her warm, welcoming docile tones that engulf the listener from start to finish on I’m Done Playing The Game, an EP brimming with heaping helpings of hearty, folksy Americana entwined with subtle undercurrents of beguiling alt-country. Maria’s voice is a revelation thanks to her powerful emotional delivery (“A New Song,” “The Star Song”), though I’m Done Playing the Game can get a bit bouncy at times (“Make Up Your Mind”). 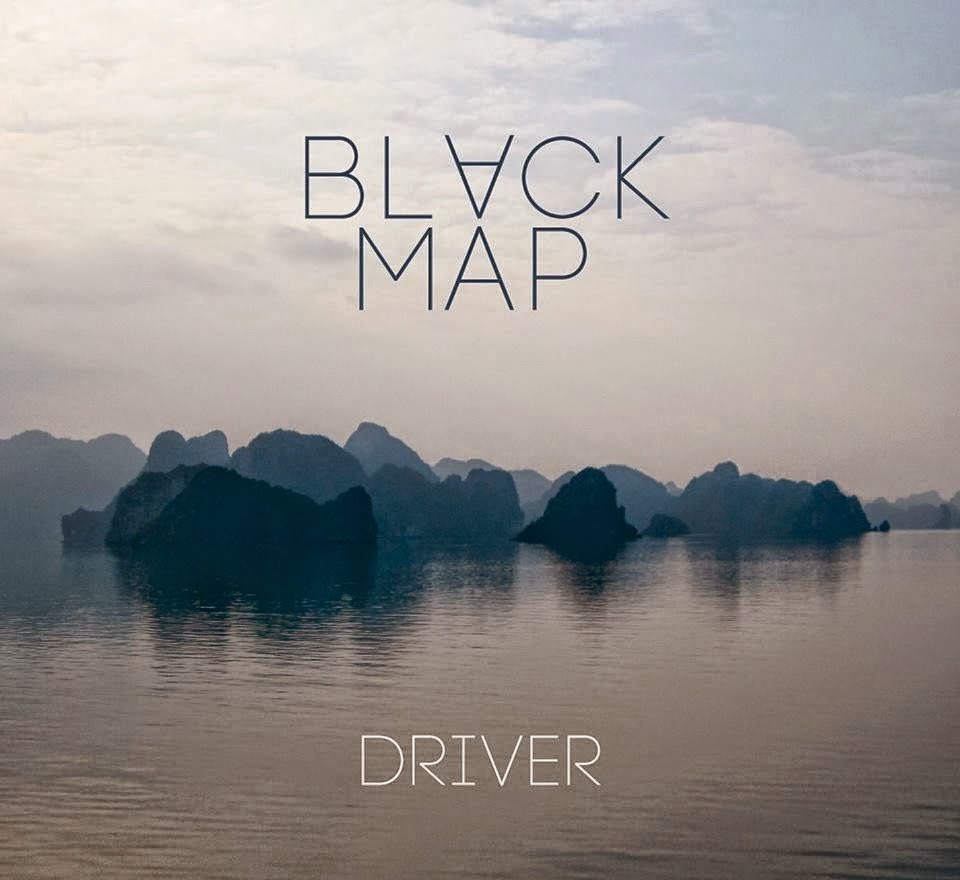 Black Map – Driver
Driver is proof great things can indeed come in small packages because at a mere four song clip, this is a true showcase of what Black Map is capable of - scads of angular, lofty guitars and soaring, astounding vocals cascading through volatile waves of stunning sonic landscapes and incredibly lush atmospherics (“I’m Just The Driver,” “Gold”). 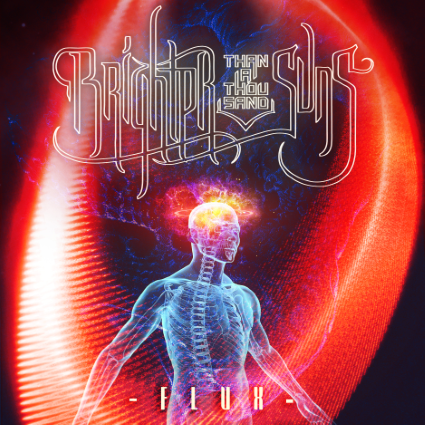 Brighter Than a Thousand Suns – Flux
Airy, atmospheric and at times ambient, Brighter Than a Thousand Suns latest EP offering Flux is lush, vibrant and layered, reminiscent of Circa Survive meets Siouxsie and the Banshees. Flux manages to offer a tip of the cap to its sonic predecessors while maintaining a forward-thinking lean. It's a damn shame that this album is so criminally short but, as every good EP should, it leaves listeners wanting more. Flux is near flawless. 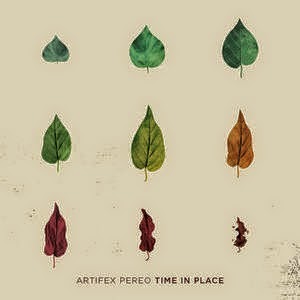 Artifex Pereo – Time In Place
Circa Survive, Forgive Durden, The Fall Of Troy, Glassjaw, Cave In and the list goes on and on - Time In Place calls to mind the prior work of many bands, but this is an album with legs that stands on its own two feet. It needs to be heard to be believed, as strange as that might sound. Time In Place is engaging, albeit an album that requires added time and multiple spins to peels back the layers and truly appreciate all it has to offer. 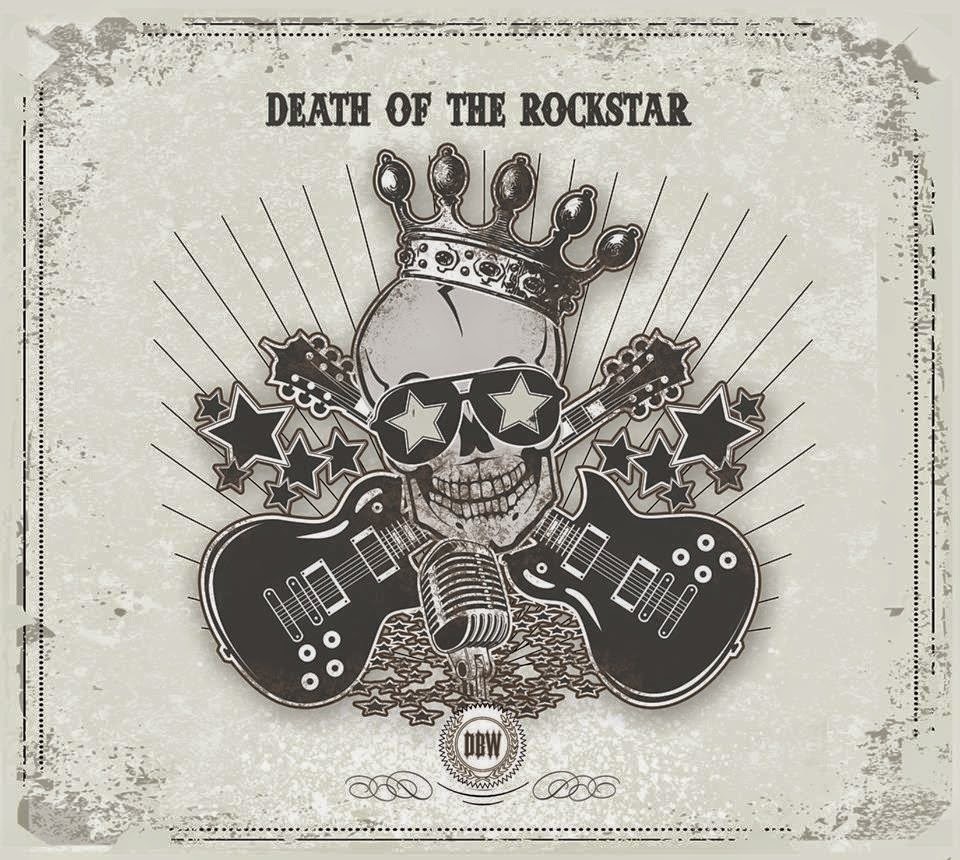 Dead By Wednesday – Death of the Rockstar
Death Of The Rockstar is a five track monster, led off by the scathing and derisive title track which offers up chugging riff after chugging riff and snarling vocals laced with some seriously intense vitriolic rage. There are also killer melodies, galloping guitars and soaring hooks (“When In Rome”), spectacular long lost b-sides from Bullet For My Valentine’s Hand Of Blood EP (“Left For Dead”), and ominous doom metal meets stomping thrash not unlike something Candiria would have churned out back in the day (“Shipwrecked”). Dead By Wednesday is the next big thing in rock and metal. It’s time to get on board. 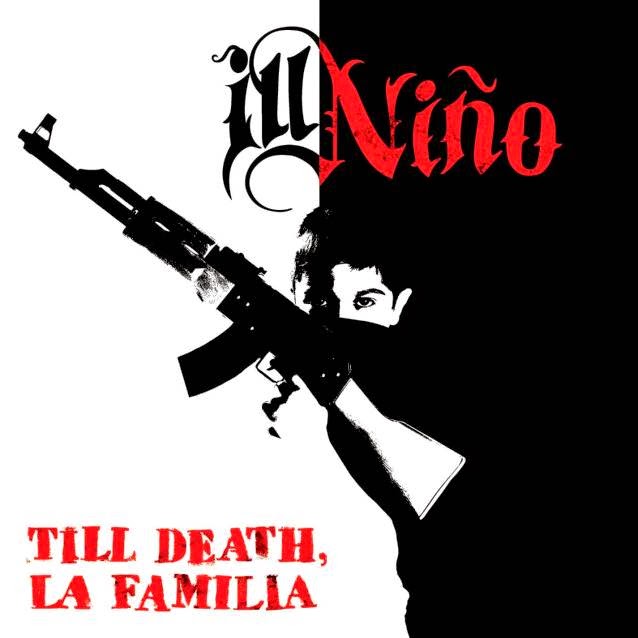 Ill Nino – Till Death, La Familia
After a few years of metal exile and a few forgettable albums (namely 2010’s Dead New World and 2012’s Epidemia), Latin metallers Ill Nino have emerged from the void with Till Death, La Familia, their seventh studio release, a refreshing record that represents a return to form for a band whom many thought best years were behind them. If nothing else, Till Death, La Familia makes Ill Nino look and feel relevant again, which is a good thing for all of us. 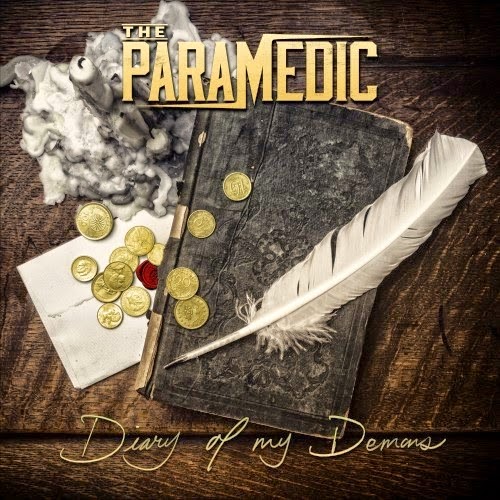 The Paramedic – Diary of My Demons
With Diary of My Demons, The Paramedic has just put the entire scene on blast. The album’s devastating opening triumverate (“Have a Nice Day,” “Who I’ve Become,” “Proud”) levels the battlefield immediately via lion-sized barks and throat shredding screams, hyperactive guitars, frantic riffs, manic drumming, which combine to create an immersive sound. Suffice to say, it’s time for all other metalcore bands to step their game up. 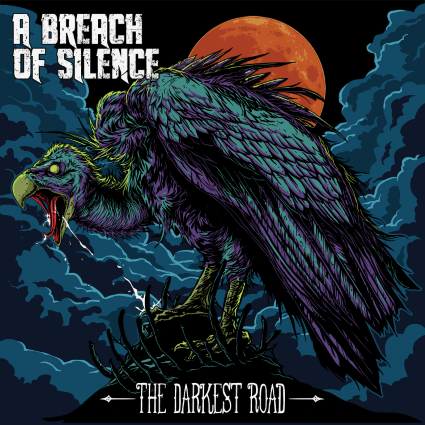 A Breach of Silence – The Darkest Road
With crisp production and perfect structures, A Breach Of Silence’s The Darkest Road is as much Killswitch Engage as it is Avenged Sevenfold, combining a dazzling array of all things heavy from thrash to power to (old school) metalcore; an album rife with unrelenting monsters and beastly stomping thrashers that rarely, if ever, take their foot off the gas (“The Darkest Road,” “Hang Em High,” “In Reality We Trust”). On just their sophomore record, yes, this is only the bands second full length, A Breach Of Silence have already proved themselves worthy of being tabbed one of the next big things in metal. 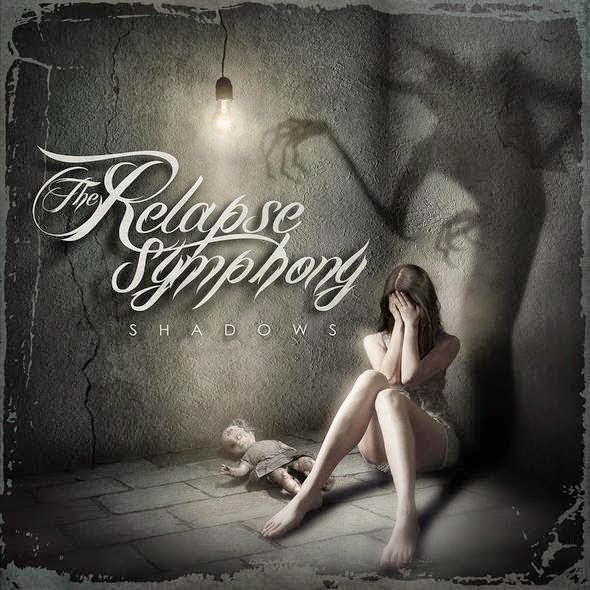 The Relapse Symphony – Shadows
Shadows is a little bit Aiden, a little bit AFI and a little bit I Am Ghost. This record isn’t merely verse-hook-verse repeat (the guitars in “One More Yesterday” are explosive, “Angels Take Us, Demons Save Us” is a slice of pop metal, “Savage Eyes” is basically Sing The Sorrow-era AFI), and scores of snarling, fist-pumping anthems litter the track list (“We Are the Broken,” “Battlefield Of Lies,” “Walls”). Calling this next level powerpop doesn't seem entirely fair, but fuck it, we’ll go with that. 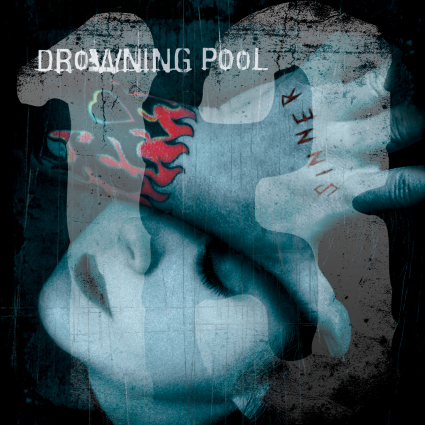 Drowning Pool - Sinner 13th Unlucky Anniversary Deluxe Edition (Bicycle Music)
From the unforgettable opening cavalcade of guitars of “Sinner,” the timeless hit single “Bodies” and the heartbreakingly endearing “Tear Away” to deeper cuts such as the Mike Luce-led “Mute”(seriously the albums best drum work), the searing “Pity” and scathing “Told You So,” Sinner is a true aural treasure that stands the test of time. Sinner 13th Unlucky Anniversary Deluxe Edition is an extensive trip down memory lane, but it’s far greater than a simple dose of nostalgia.