Open Your Eyes And Ears And Keep A Lookout For Quartered 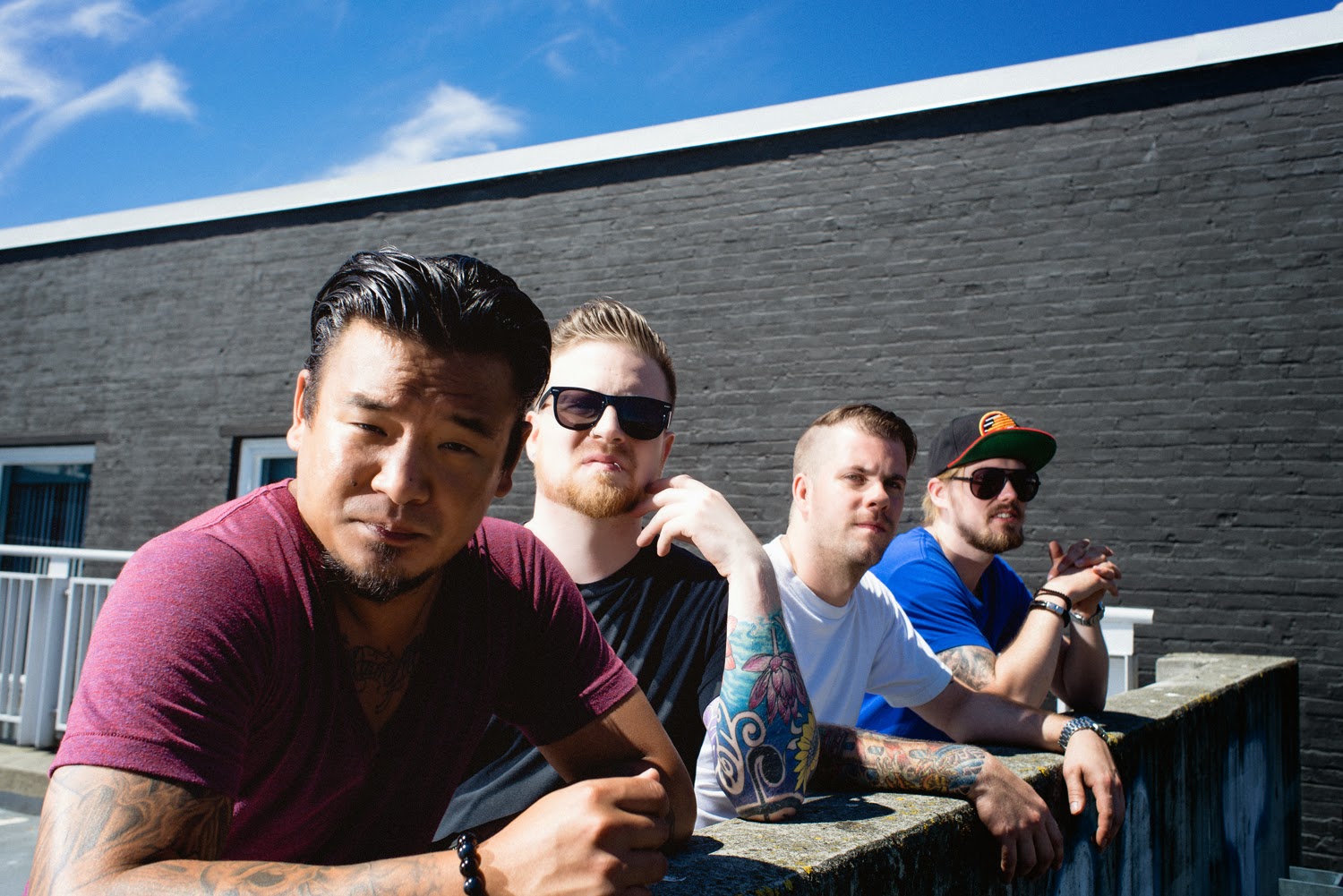 On the heels of their recently release Eyes And Ears EP, Quartered seem primed for a breakout year in 2015. We sat down with bassist Craig Rudder to find out how the band feels about having their music draw such comparisons, what exactly it takes to release a balanced record, how the Rock Band video game deal came to be and just what is in store for Quartered next year.

Get Exposed Music: It’s been four years since the release of Walk Like A Ghost. Why go that long between releases? Do you view yourself as a different band than you were back in 2010? What has changed for Quartered in-between releases?
Craig Rudder: The length of time was not necessarily intentional it was more a product of circumstance. As a band in 4 years you grow a lot and mature. For us I think the length time was a good thing. I feel we needed that time to cultivate the sound and to be able to come back as strong as we did. We did have a slight line-up change in that time as well which was definitely an obstacle we had to overcome. I wouldn’t say we are a different band necessarily, more just new and improved. As with age you learn and grow and that’s exactly what we did in that time.

GEM: What was the reasoning behind releasing behind releasing Eyes And Ears as an EP and not a full blown LP? Was this a conscious move going into the studio?
Rudder: We didn’t go into the writing process thinking we were just going to do 8 songs and make it an EP it sort of just ended up that way. We have always written songs in 2-3 blocks and once we had those 8 we felt we had the songs that were strong enough to stand on their own. We are super proud of the way it turned out and feel the story that is Eyes and Ears has been told.

On Eyes And Ears you do a fantastic job of balancing heavy, chugging tracks with songs that are a bit more brooding. How did you strike such a fine balance and did you want to present one style as much as the other? Or did you not even worry about balance when putting the record together?
Thank you for noticing that. We have always tried to really structure our records as if the listener will be listening to it from front to back. As a band we have felt its super important that not only your lyrics but the music tell a story. As far as balance of different styles for us just comes naturally as we have such a broad range of influences between the members that it ends up happening organically.

I’ve seen Quartered compared to bands such as [fellow Canadians] Alexisonfire and the Deftones. What does it mean to you when you are spoken of in such glowing terms?
Means a lot that we are compared on a similar level to those bands. We all grew up listening to both those acts. When you are compared to your influences and idols I think it’s a positive thing. On the other hand when you are so closely compared to other bands you need to make sure that you can still cut out your own individual path. 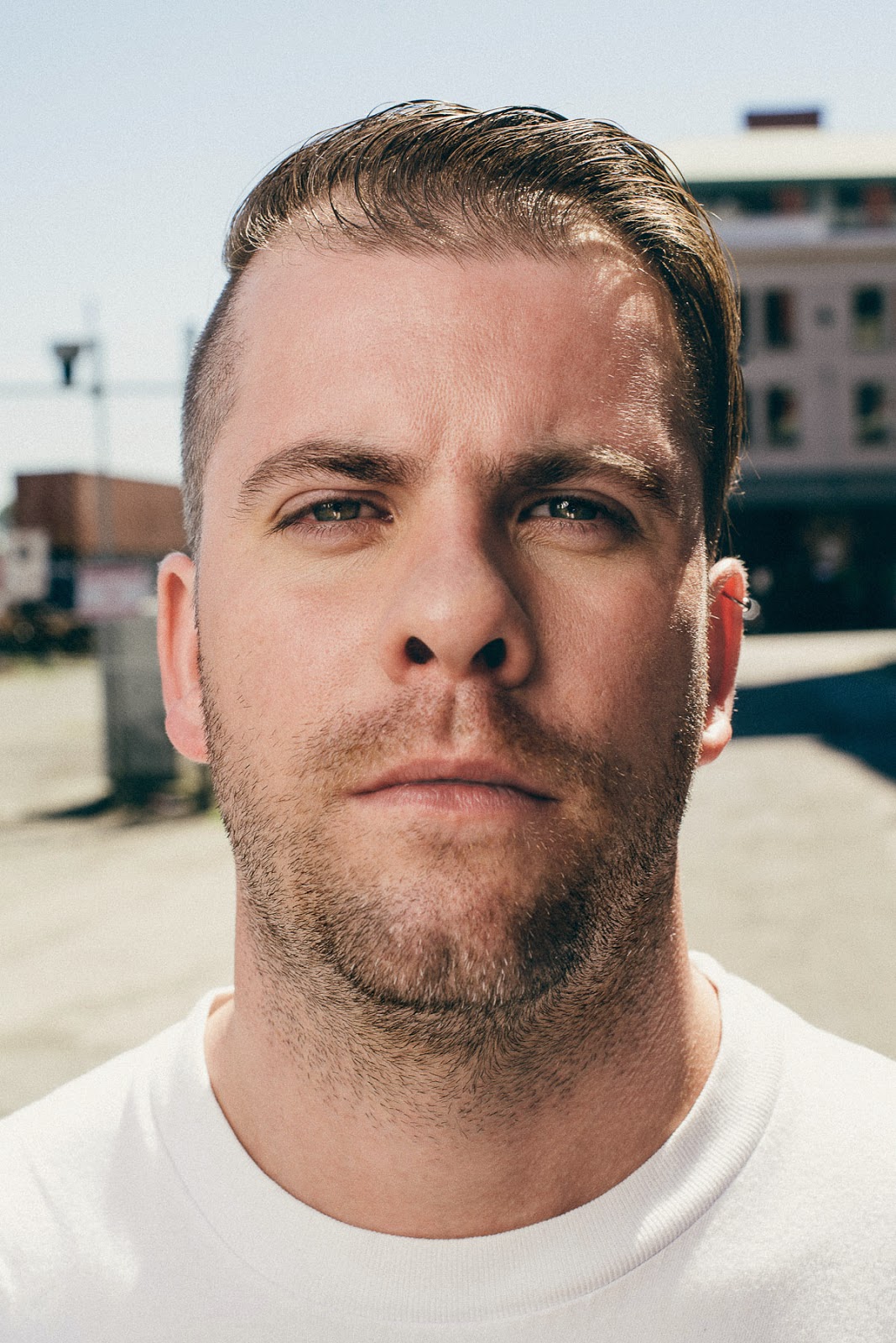 You guys had a hand in producing Eyes And Ears. What exactly was your involvement and why was it important for you guys to be involved in the production of the record? How so?
I think being heavily involved in your own record is very important to end up with a product that you as a musician will be totally satisfied with. We are a band that is in the studio for every single part of the process. When another member is tracking we are all there for support. We live in the studio together during this process. Nobody wants to miss out as it’s such a personal and enjoyable thing to have your parts, ideas and emotions conveyed through a record. On the other hand we also believe it is just as important to have another voice that is in outside perspective. This allows you to look at yourself from the outside in. This to us has really contributed to us making well rounded records.

Tell me about how the Rock Band deal came about. What song(s) were included and have you played them in the game yet? If so, how did that go? I’ve spoken to a number of bands with songs in the game who perform terribly as their video game counterparts, namely Shinedown.
The Rock Band deal came about back in 2007 when did our first record Falls Of Autumn and featured our very progressive track “Africa.” We had a lot of success with that track on the Rock Band platform. Then when we released Walks Like A Ghost in 2010 we approached Rock Band once again and they published the tracks “Half Cab,” “Walks Like A Ghost” and “Eternity Below.” Due to the decrease in popularity of the game over the past 2-3 years we will not be publishing anything from the new EP Eyes and Ears. As far as us performing the songs on the video game we sucked big time!!! We tried “Africa” as a full band and I believe we could only make to the halfway point on medium! It was pretty hilarious to say the least.

What’s next for Quartered? When can we expect a full length release?


What’s next for us is really concentrating on breaking into new markets such as the US and Europe. We also plan on doing a Cross-Canadian tour with Vancouver’s ska metal kings Ninja Spy in early next year. As far as a full length nothing is on the horizon at the moment however we will be filming a video for one of the tracks on Eyes and Ears over the next couple of months.  We will be doing a fair bit of touring next year so stay tuned for all updates on our website, FB page, twitter etc.

Get all the latest on the band here.