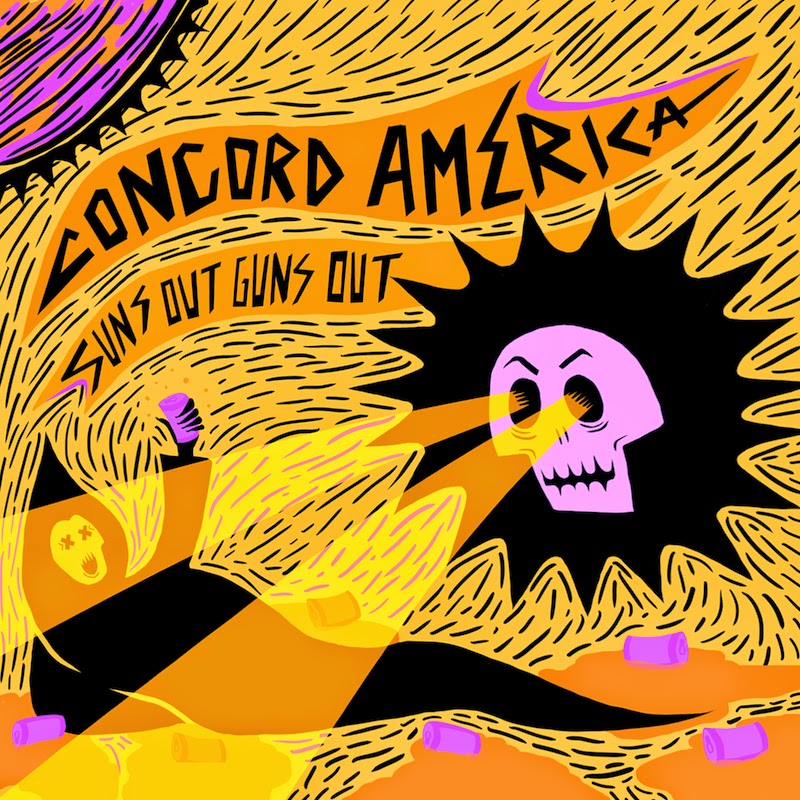 Part Weezer, part Black Keys, but all cool would be an astute way to describe Concord America’s Suns Out Guns Out EP. Another way to describe this album is, well, just plain cool. While Suns Out Guns Out on the whole is an explosion of fuzzed out quirky indie rock – mind the latter - rock (the monstrous riffs of “Vanilla Bastard” are not to be missed, “Crown Vic” is sheer garage inspired madness). “So Gay” is the purest of diamonds in the rough; a hit single lying in wait that could impact at radio tomorrow if given the chance, and the fun doesn't stop there on Suns Out Guns Out. There’s also spirited noisefests (“Hippie Trash”) and spunky no frills rock and roll (“Iced Out”) to be had. This is one of the coolest records that you're not listening to right now, so let's change that shall we?