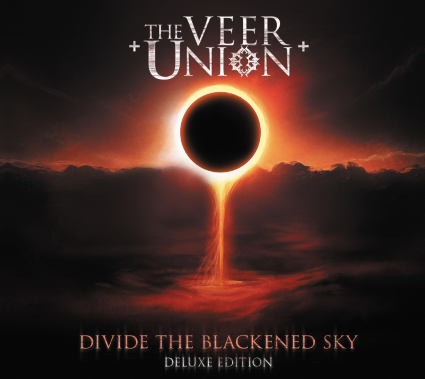 Two years after they dropped their third full length Divide The Blackened Sky, the Veer Union have applied a coat of polish to their 2012 release by way of three new songs and fully re-mastered tracks on Divide The Blackened Sky Deluxe Edition, an album fueled by a core of chunky riffs, dark and bellowing atmospheric melodies and captivating hooks in the vein of Janus, Signs Of Betrayal and Heart-Set Self Destruct (“The Bitter End,” “I Will Remain,” “Divide The Blackened Sky”). Lead singer Crispin Earl expels a lifetimes worth of demons on “Borderline” as he decisively yells “I’m tired of being told to bite my tongue/I want to scream at the top of my lungs,” and truly shines on “Inside Our Scars,” one of the album’s highlight moments. New offering “Safe And Sound” gives Divide The Blackened Sky something it hadn't had before – a proper ballad, one in which Earl’s vocals soar to previously unheard heights. The two remaining new cuts (“Antagonist,” “No Hope Till Now”) prove The Veer Union have plenty left in the tank, and Divide The Blackened Sky Deluxe Edition does what all re-releases should – prove to fans you’re still awesome, and provide quality new tunes to hold over rabid fans.