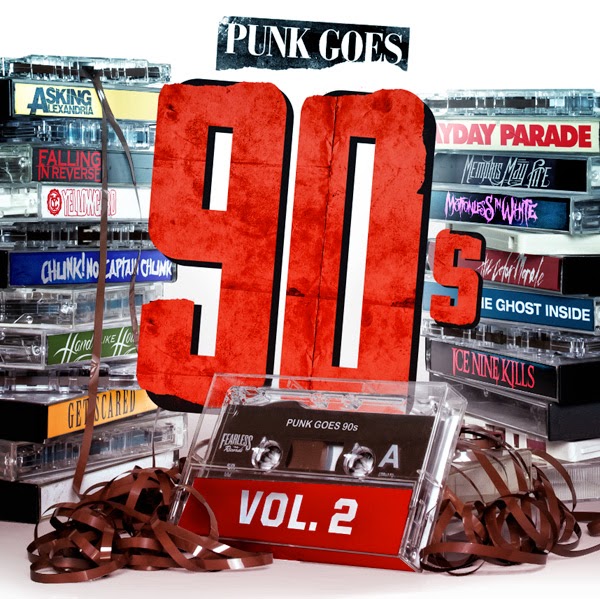 The thing about Punk Goes 90’s 2, the 15th (yes, you read that right) installment of Fearless Records’ long running Punk Goes… series and second in the Punk Goes 90’s line, is, as with the majority of, if not all, its predecessors, a potpourri of mixed results. However, in the case of Punk Goes 90’s 2, the results are more often than not positive. For starters, Get Scared plays things close to the vest on Lit’s “My Own Worst Enemy,” as does the Color Morale on Foo Fighters’ “Everlong.” This approach doesn’t always work however, as Mayday Parade (Bush – “Comedown”) and Yellowcard (Smashing Pumpkins – “Today”), who play things perhaps a little too straight (seriously, what is up with Ryan Key’s voice?) on their respective offerings. On the opposite side of the spectrum, Hands Like Houses (Natalie Imburglia – “Torn”) and Motionless In White (Rammstein – “Du Hast”) are utterly brilliant and near flawless in their execution. Chunk! No, Captain Chunk! deliver a memorable performance on Smashmouth’s “All Star” and it really is about time someone gave that sterile tune a kick in the pants. On the contrary, Falling In Reverse’s cover of Coolio’s “Gangsta’s Paradise” is perplexingly bad and wholly terrible. It’s a jumbled mess to say the least, which is entirely surprising since frontman Ronnie Radke moonlights as a rapper. Punk Goes 90’s 2 is good – you just have to take the bad with the good.
Grade: B
Go Download: Motionless In White – “Du Hast”