CD Review: The Hotelier - "Home, Like Noplace Is There" (Tiny Engines) 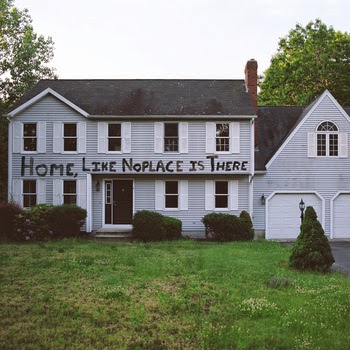 Perhaps it’s the new album or the new label (Tiny Engines) or maybe it’s the new name, but the Hotelier, former The Hotel Year, have never sounded better than they do on their sophomore release Home, Like Noplace Is There. And that’s really saying something considering how strong, and utterly criminally underrated, their debut album, 2011’s It Never Goes Out, truly was. Though the subdued but thoroughly aptly titled opener “An Introduction To The Album” is a bit off-putting in terms of initial impact, what the track lacks in punch it makes up for in emotional output, spewing forth mainly from the lips of frontman Christian Holden, whose voice ebbs and flows perfectly with the peaks and valleys of the track. And keep in mind that this is merely the opening track. From there, Home, Like NoPlace Is There tows the line between all things heavy and melodic, starting with the subsequent track “The Scope Of All Things Rebuilding,” a crushing anthem that showcases sheer ability to navigate the heavy side of the tracks. Home, Like NoPlace Is There can be aggressive and trend towards all things hardcore (“Among The Wildflowers,” “Life in Drag”), and irreverent and, um, different (“Housebroken”), but throughout it all, Home, Like NoPlace Is There is incredibly poignant and a true emotional rollercoaster (“Your Deep Rest”), the latter of which is simply chilling as Holden spits lines like “I called in sick from your funeral / The sight of your body made me feel uncomfortable / I couldn’t recognize your shell.” The closing “Dendron” conjures up memories of From Autumn to Ashes’ brilliant “Short Stories with Tragic Endings,” thanks to the contrast between Holden’s screams and the subtle tones of added female vocals. Home, Like Noplace Is There is a special release to be sure.