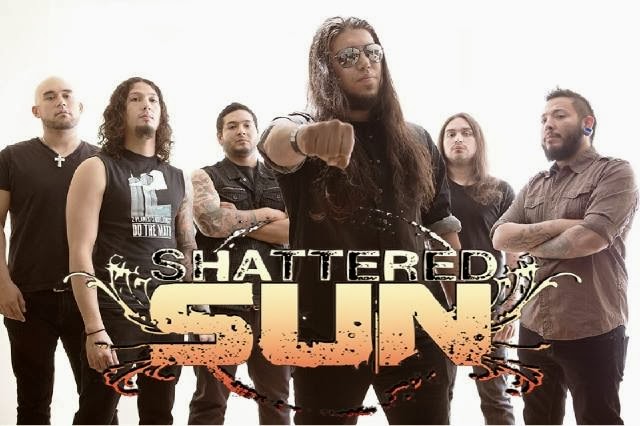 Formed in 2011 and hailing from the Corpus Christi, TX area, Shattered Sun’s style is a potent mix of heavy thrash and melodic metal— featuring impressive guitar riffs, gripping vocals, memorable hooks, and a magnetic, raw appeal that allows them to create truly unforgettable music. The band offers a consistently brutal sound, but succeeds in bringing a riveting melodic touch to each track.

Shattered Sun vocalist Marcos Leal states, “It is truly an honor to embark on this relationship between us, Maria, Chuck, Jon and Marsha of Breaking Bands LLC. The history between these individuals is something we respect a great deal, and needless to say it is a blessing to work with such an amazing team. We've been in the studio since late 2013 working on the release of our first album Hope Within Hatred. This is just the beginning for Shattered Sun and Breaking Bands LLC.”

Jonny and Marsha Zazula add, “After spending time with Shattered Sun and hearing them both live and on record, all we can say is…it’s great to believe again.”

“When originally approached by the band to work their PR campaign via Adrenaline PR, within moments of listening, I realized that this is also a management opportunity. We could not book a flight to Texas fast enough to see if this was for real. IT IS. Let the games begin,” adds Maria Ferrero.

“When I first heard the two song demo of Shattered Sun, I thought their sound and songs were very catchy. The vocals had a lot of aggression and melody which caught my ear right away,” states Chuck Billy. “When I heard the rest of the songs I knew they were onto something. When we had the opportunity to fly to Texas to meet the guys in the band, I knew we wanted to work with the band in any way we could. Let the onslaught begin.”