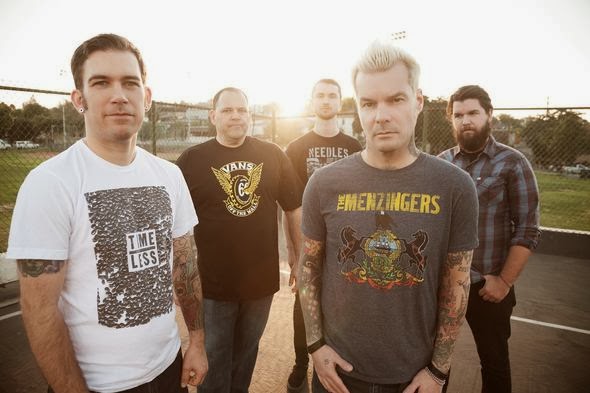 
Only Crime is a combination of 5 veterans of the punk/hardcore scene who have pooled their collective experience to create a truly refreshing musical statement. Fusing elements of heavy rock and roll with the furious energy of punk rock from the 1970’s & 80’s, while adopting the creative abandon pioneered by jazz’s seminal protagonists, the band’s sound is heavy without being metal, melodic without sounding pop, and experimental without treading into the arcane realm of art rock. While the members of Only Crime aren't new, their music is like nothing you've heard before.

Only Crime was formed in 2002-2003, and released their first album To The Nines in 2004. After a rigorous touring schedule spanning North America, Europe and Japan, the band spent much of 2005-2006 convening at The Blasting Room Studio for intensive writing/demoing sessions as they began developing material for their second full-length album Virulence. This new album not only picked up where To The Nines left off, it utterly surpassed it. After touring extensively for Virulence, the band experienced a couple of exciting line up changes, focusing the group on distilling their approach even further.