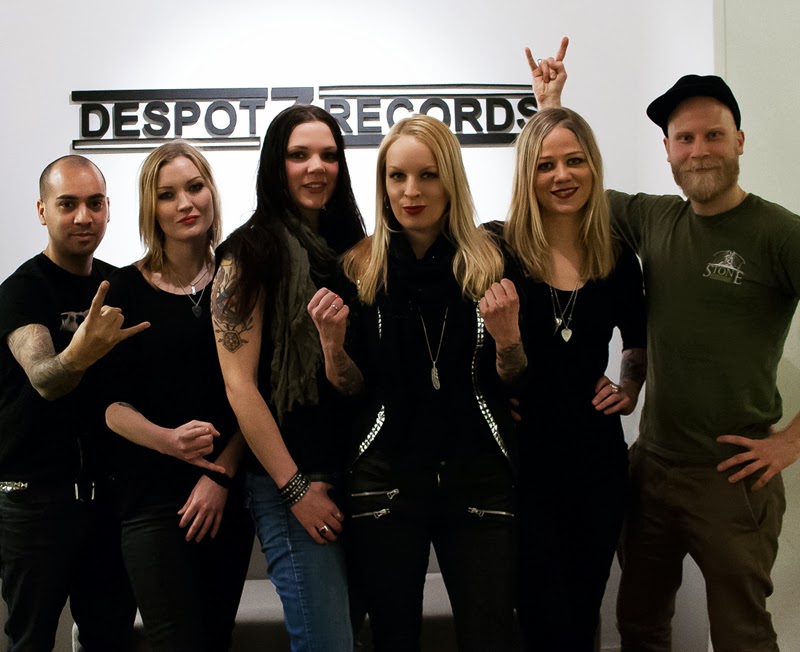 Swedish hard rock/heavy metal outfit, Crucified Barbara, has signed a recording and publishing deal with Sweden's, Despotz Records. The band is currently in the studio working on its fourth studio album, the follow-up to 2012's, The Midnight Chase, due out this August.

"The signing of Crucified Barbara fits perfectly in line with our strategy and goal to be a choice for Sweden's biggest rock bands, where they can work closely with a local Stockholm-based music company on a global basis with an international PR and distribution network," said Ömer Akay, Despotz Records co-founder and partner. "We are incredibly proud that these wonderfully gifted musicians chose to sign with Despotz."

The band added, "We have more energy and take a much clearer position than ever before, and the result has been so far our absolute best, hardest and most important album. We are super excited to have signed with Despotz; the album of the year deserves a fantastic record label."

Crucified Barbara formed in 1998 in Stockholm, Sweden with punk as a first inspiration, which can still be found as a presence today. However, throughout the years the quartet has evolved towards a harder, heavier and more contrast-filled rock sound, mixing elements of thrash, sleaze and hard rock.